Although these price decrease may not be encouraging; it is far more stable then the year before. The average sales price in June of 2008 was an astounding $387,000! That means that between June 2008 and June of 2009 home sales prices in the Fleming Island are dropped approximately 30%!! With a drop of only 9.2% this past twelve months, we are showing signs of stabilization.

Glad to see more and more of these positive reports.  It's too early to make predictions yet, but these reports are encouraging for sure. 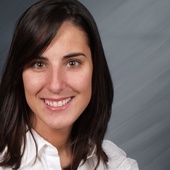