I'm trying to get my two boys trained NOT to act like banshees around other dogs.

They are the sweetest little guys when they're at home with us, but I take them out for walks and if there are other dogs around, they turn into gremlins.

I've been through several trainers and each one says the other trainers are wrong in their approach.

The littlest one, Scooter, was a rescue.  He had "issues" when we first got him, and Rascal came along about a year later and we got him as a pup.

Rascal has bigged up Scooter's bad habit of aggression around other dogs.

The last trainer said to pull them along on the leash and to get their attention, give them a swift knudge with the side of my foot to their little butts.

We'll for some reason, they both become so fixated at barking like banshees that they don't even notice when I'm knudging them, which makes me knugde a little harder, but of course I don't want to hurt my little guys.

I remember another resident who was walking their dogs had bought a "zap" collar where you press a remote button when they're doing an unwanted behavior and it sort of trains them not to do that. Two are easier to train 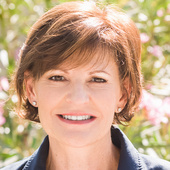