My head hurts.  I will admit it.  I'm a political activist.  I was an elected official.  I'm involved in my party.  I'm involved in my community.  I always vote.  I attend meetings.  I speak up.  I protest, when necessary.  But I will never mix my politics with my business.

I just don't understand how seemingly inteligent business people will go off on a vicious political tangent.  Save that for your home or at a town meeting.  Why would you take a chance to alienate at least half of the population?  No matter what your beliefs are, there are good, intelligent people who believe the opposite.  Isn't that what makes America great?  Dialogue makes legislation stronger.

Of course advocacy for or against a particular issue is an important part of citizenship.  I'm not saying to be good sheep and just go along with whatever the politicians say.  Be an activist.  March in a demonstration.  Hold up a sign.  Call your representatives.  Sign a petition.  Make this country a better place.

My point is don't cross the line into exclusionary language.  Don't denigrate the beliefs of your fellow Americans.  And certainly don't do it in a real estate forum.  I sincerely believe that we are in "this" together.  That diversity of opinion makes us stronger.  And that the overwhelming majority of us (99.99999999%) truly want what is best for our Country.

It amazes me that on Real Estate Blogs and on Board of Realtor emails, my fellow brokers make statements that imply that the people who don't agree with them are the enemies of the United States.  I'll make a deal with you.....anytime you have a client who doesn't believe what you believe, send them my way.  I'll show them exemplary customer service.  I'll treat them as equals, no matter what their politics are.  And I will make sure that my services exceed any of their expectations.  And I will always respect their core beliefs whether they are part of the 50% of Americans who lean right or part of the 50% of Americans who lean left.

Love it.   I've had my sanity questioned too.  Can't we all agree to disagree?   I think that some of us here on the Rain are the cream of the crop, so we do we all have to think alike? 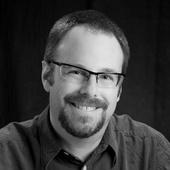