We all know one. The Realtor that has been around forever (or at least since the Jurassic era) that insists on doing everything the "old school way". You know. . . . the person that once told you that computers were a plot by the Nazis to infiltrate American homes and brain wash the unsuspecting public? Ya, that one! Lets talk about them.

Being a member of the "younger generation" I grew up around computers. In fact, my dad likes to joke that my first toy was DOS. If you don't know what that is A) I pity you, and B) wikipedia.org .  I love computers of all kinds and I think that operating systems are a thing of beauty (except windows vista, which really is a plot by the Nazi's) which should be understood and appreciated by all. I also get the fact that there are those of you out there snickering into your ties and saying "She's such a geek!" Well this geek has some advice, Modernize! . . . Or join your Jurassic roots and become extinct! So let's clarify a bit before we start. . . .

NO, computers are not a Nazi scheme! (Or a portal for Alien mind control, Or a Russian Spy device, Or from the Devil, Or eventually going to take over the world. . . etc)

NO, Al Gore did NOT invent the Internet!

NO, Bill Gates and Steve Jobs are NOT in cahoots to take over the world. (I kinda like this one though!) And neither is Mark Zuckerberg! (Facebook)

YES! You must learn to use one! (And by that I mean MUCH more than finding the ON button!)

Dealing with anything new is often frightening; and to a lot of people, computers are terrifying. There is so much to learn and so many new things to keep up with that newbies often feel completely overwhelmed, so instead of trying to keep up they decide not to deal with the problem at all. Well, let's get started on the road to modernization, shall we?

Here are a few ideas to make the process a little less painful, and maybe even lessen that learning curve a little.

1. Read The Manuals! Yep, that's right, you really do need to read the manuals your first time out. Then don't toss them away once you finish! It is great to have something to refer to if you get really stuck. BTW, AR does in fact have a manual. . . it's here.

2. Shanghai A Younger Person. Everyone knows someone that it at least a little bit tech savvy. So beg, borrow, bribe or lie, cheat, steal (though I don't recommend these ones!) and even fix the government if you have to, but find a "study buddy". Someone who knows what they are doing makes a HUGE difference.

3.Take Classes. Most colleges offer classes on a wide variety of computer subjects, everything from Computer 101 ("Here is the ON button") to Social Media Management classes. (How to use Facebook, Twitter, Hoot-suite, etc.) If you don't want to actually attend a class you can take them online or there are even whole CD/DVD series devoted to helping people learn to use their computers and the Internet.

4. Don't Be Afraid To Ask For Help. I have literally been around computers my whole life, but I still get stuck once in a while. A new piece of technology will come along or there will be a term that I am not familiar with that pops up and . . . Thump! I hit a proverbial wall. I have to then swallow my pride, and ask someone for help. Honestly, just ask someone! People here on AR are really great about answering your questions, no matter how silly they seem to you! (Thanks again, Jenna!) There are tons of super nice people out there who are more than willing to lend you a helping hand . . . Why? Because most of them have been there themselves.

There are many, many, MANY more things I could add here, but to what point? These are the important just-getting-started basics, and throwing too much at anyone at one time does nothing more than make a mess. So, good luck and happy modernization!

Bill - *wheezing with laughter* Thanks! ;) My daughter was the one that gave me the idea and donated her toys for the cause. She also was responsible for wardrobe and hair.  It's the 4 year-old mastermind behind the blogger that you have to watch out for! ;)

Ty - It's so sad, but so true! Some Realtors do not seem to realize that by not taking advantage of technology, they are hurting themselves and their businesses. I really do think that it goes back to fear of the unknown, people are always afraid of what is different. And you are so right: All it takes is a little time and determination. . . . and occasionally asking for help. ;)

Phly.....I love the tongue in cheek humor about computers, but you are absolute right that in our business today, we need to be tech savvy.  There are so many things we can do so much easier today as compared to the Jurassic Era!

The four year olds still have what Spongebob calls "Imagination".  Nothing is outside of their box, because there IS no box yet!  And congrats on another featured post this week!

I'm still catching up from the wedding gap!

Bill - Thanks! And I happen to think she's the most fantastic, brightest little girl ever. (And yes, I'm totally biased! ;)

Phly,  I've yet to meet a parent introduce me to her kid and say:  "Here's my box of rocks!"  It's your job to be biased, just as long as you don't become one of the soccer moms from hell who tells the teacher that MY kid would NEVER do anything wrong!!!

And based on your blog evidence, she's sharper than the average tack! :)

Bill - LOL! Thanks! Hey, I know a couple of those soccer moms! They live in the apartment building over from me and were horrified a last week when I let my daughter wear a tiara to Wal-Mart. (She's only 4, and it was just too cute!)

SOME people who will remain nameless but live an apartment building over from you need to get a grip AND a life!  It's all in fun, and there are generally MUCH worse things to see in Wal-mart.  I believe there are entire websites devoted to that topic alone!

Bill - No kidding! I think that there should be a law against having more than 3 feet of skin showing in public. . . . *shudder* (Sorry, I'm just remembering my trip the to pool this afternoon) ;)

Back in my pre-married days as a young sailor, did a training cruise in the Mediterranean.  Went to a topless beach in southern France.... actually I think they're all topless beaches there.... and here's where I stop before someone comes after me for saying something inappropriate!  (but all the scenery wasn't good!).

Bill - LOL! I read that in Seattle there area group of people trying to get a part of the shoreline set aside as nude beaches. My first thought was "Why?" Aside from the fact that nobody wants to see that, the water is freezing even in the summer! To add an interesting twist, I recently found out that there is a Nudist colony here in Boise, Idaho! I was looking for the park that my daughter's play-date was at and the Google business marker for it showed up. (I was a little more than concerned, but everyone was well covered when we got to the park.) I guess people will be people. ;)

I thought you were in the SHOW ME state (which would have been appropriate considering the comments)??  But instead, Idaho?  I've never been up that way, it's another bucket list kind of thing!

And besides, nudists are just like everyone else, but with a lot less clothing!

Bill - I was in MO, but moved to ID a few months ago (About the same time I started blogging on AR). It's pretty here and fantastic for photos! . . . . Speaking of nudists . . . have you seen the "Nike Bare Butte Running Camp" video? It's slightly disturbing, and exceptionally funny but not for anyone without a good sense of humor! You can find it on their nikerunning.com or You Tube ;)

Phly, I think I MAY have heard about it, but may need to make sure I don't use my day job laptop to look?

Bill - It's not that bad...I think anyway! ;) My hubby was the one that showed it to me, and at first I was like "WHAT IS THIS?" then I started laughing so hard that I had to watch it again because I missed most of it. My favorite part was when the Nike staffer was giving the sales pitch "It's specifically designed to let your foot move more naked...uh...naturally!" ;)

Bill - Oh, Yikes! I do hope that it was the one actually made by Nike that you saw. . . I was just looking it up for my mom on You Tube and realized that there are a couple of spoofs out there that are not so nice! :(

I went to the Nike site.  The part where he bent the shoe and that it spring up while holding in his lap, yeah... that was subtle!!!!

Bill - Oh, good! I found it to be one of those slightly wrong, but terribly funny ones. I was worried there for a bit though! I sent my mom to find a Cat in the Hat video on You Tube for my daughter a while back and disaster ensued! (Fortunately she was not actually in the room when my mom clicked on the wrong one, but a shriek of "You let your 4 year-old watch THIS???" could be heard as far away as Boston.) ;)

You can't go wrong with Timmy the Trunk Monkey!

YouTube, it's a wonderful, crazy, bizarre, mixed up world that may ultimately be the downfall of American business cubicle workers everywhere!  Some people shouldn't have video capabilities! 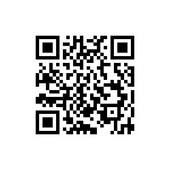