This month marks the anniversary of a short sale that I've been working for one year.

I have tons of interest in the property. Buyers call all the time. I have a cash buyer right now who offered full price and is sticking with this deal in hopes of getting the $8000 tax credit and because he plum loves the property.

The first mortgage - US Bank - approves the deal. But they won't issue an approval letter until the second lender agrees and sends their lien release / approval letter.

The second mortgage - Chase being negotiated by a third party Tate & Kirlin - semi-approves the amount they're being offered, but won't issue an approval letter until the first mortgage issues their approval letter.

We've gone to supervisors, we tried to get Tate & Kirlin dumped so we could work directl with Chase. NOTHING is working.

At this point I feel [after a year] that if I can't get the two lenders to agree then the property will go to foreclosure and EVERYONE is working to make this thing happen but we're being hung up on silly paperwork.

Has anyone faced this dilemna before and have any advice?

Much thanks in advance if you have any out-of-the-box ideas.

Yep, I am experiencing a similiar problem with Tate $ Kirlin. My wife and I have been in the short sale process for 9 months trying to purchase a home in Laguna Niguel CA but Tate & Kirlin is intentionally delaying the process and all parties involved in the sale are going to be out time and $$.

BOFA then offered a revised approval because Tate & Kirlin committed to revise thier approval letter immediately after. NOT!!!!! I am now 4 days before my closing date and I doubt that I am going to get the approval letter.

From what I have read online, Tate & Kirlin is a classic debt collector that will try any sleezy trick in the book to squeeze a penny out of thier customer. I feel bad for the home owners that are actually paying them anything and don't see thier B.S.

I'm sorry to hear that you're having the same problem!

My deal did finally close. The buyer ended up bringing an extra few thousand to closing to get the 2nd mortgage lender to issue an approval. As I recall, we had gone through so many contacts at both lenders eventually we finally got it to work out. I was floored that the buyer ended up coming up with even more cash but he just loved that house.

I hope that it works out for you! 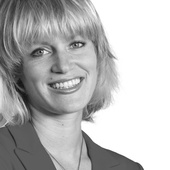