(GOLETA, Calif.) - The Web site Bargin.com is reporting that some
103,000 properties entered some stage of foreclosure in the last 30 days
- an increase of more than 14 percent compared to the second quarter of
2006 - and said there is now 1 home in foreclosure for every 1,122
households nationwide.
It said in Florida there is 1 foreclosure filing for every 254
households in the state, the highest in the country.
The Web site, which urges investors to become involved in the
foreclosure market, said following Florida in foreclosures were
California, Michigan, Texas and Colorado, and that collectively they
account for nearly 66 percent of all homes in the foreclosure process. 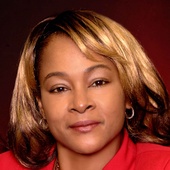