White Water University has been vacant for five years and now discussions of a potential buyer lurk in the air: the city of Pleasant Hill is considering  purchasing or leasing options of the water facility.

The 254,397 square foot water park closed in 2005 and has been sitting vacant and was put on the market nearly three weeks ago.  Don Sandor, city manager of Pleasant Hill, said the City Council is looking at the lease and the purchase options and the city has been interested in some sort of water facility for the residents for quite a while.   The city council meeting tonight was moved to SEP High school expecting a large turn out  and there was lots of strong opinions on how the people of Pleasant Hill felt about the City purchasing the property.  Some question if Pleasant Hill is large enough for a water park But could it also serve areas of Des Moines, Runnells and other area's?  The City council members will have to discuss and get more information before any decisions are made.

I saw this on the new last night - great controversy about this topic - Will follow it and like to see what happens.  Many angry citizens want something new and not the old style stuff.  Good luck if you live there.

What did they ever decide or is it still under debate?

I believe it is still in debate.  I will get more information and update soon.

Here is information from the Pleasant Hill July 27, 2010 minutes.  This is what I know at this point.

being completed prior to the purchase and mentioned that due diligence is needed, feasibility study that was done earlier is

out of date, there is a lack of communication between the city and residents regarding the purchase of a water facility,

sidewalks would be needed near the facility, there are similar facilities nearby, an aquatic facility is needed - not a water

park, any council member having a conflict of interest (real or implied) should not vote on this issue, additional EMS

The following spoke in favor of the city having a water park: Bryan Zeutenhorst, 435 Coral Ridge Blvd.; Jarod Smith, 1614

Owner of White Water University, requested consideration of the purchase following due diligence.

LACK/GARRETT moved to direct staff to obtain an appraisal of the property, an analysis of the structural integrity of the

We always enoy Peggy Harmeyers input on matters that dont concern her.... maybe peggy should focus on her own life like her husband and sons alochol addiction vs White Water University and the Smith Family. Lenn Murry is a puke  and so is their new council the trooper. lord help us. Then you have three with common sense. WWU can be purchased at a reasonable rate if Ed Skinner would back off and allow negotations. Instead he rather sell his own land to make a profit. Eastside politics are just like chicago. Altoona and East Metros Problem is not White Water or Pleasant Hill City Council. The problem is Ed Skinner who lies, cheats, steals, and murders to have results in his favor. Such as electing these people into office. Wait Peggy, your wife uses Ed as tax attorney for his home building. And your a realitor... hmmm and your husband is on the city council?  This is more news wrothly than White Water. White Water is only news because it give people like you time to hide your theiving, and stealiing money from homeowners and tax payers. Christians my rear end. I am 50 years old and know all about Peggy Harmeyer, Skinners and screwing over anyone that doesnt favor them and point blame on White Water. One day you will stand before your God and be punished for the wrong doings in life.

Make America great again and reopen Whitewater University. It had a better education system than my Trump University had. 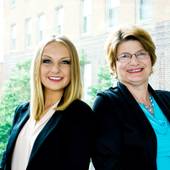