It’s amazing how foreign buyers have their eyes locked on to the Miami condo market. The natural beauty of Miami drags in thousands of foreign tourists from all corners of the globe and from other states as well. Its pristine beaches, luxurious 5-star hotels, awesome nightlife and the warm, inviting weather, collectively add to the splendor of the city. In a recent study conducted by the National Association of Realtors, it was revealed that Miami has been among the top choices for foreign buyers, and it appears that Miami condos are their preferred property.

The recent slump experienced by the nation’s real estate industry was a major contributing factor why a legion of foreigners – Brazilians, British, Canadians, French, Germans, and even Asians – have descended on Miami in search for discounts as prices continue to plummet. There was a time when the number of Miami condos increased significantly and developers were disappointed on the lack of interest on their market. Miami condo realtors said some condos were selling at 25 to 60 percent lower than during the boom times. No wonder foreign buyers were more than willing to pay cold cash for these properties. They were eager to get in and wait out the bust because they know the area remains a strong long-term draw. They invested at a time when Miami is known to have 15% decline in its overall market.

While the figures were a bit gloomy, it didn’t inflict a deadly blow to the livelihood and good life that Miami is known for. The figures were in a business perspective so foreign buyers who simply want to have a property in the city had no worries and they merely focused on the property they wanted to buy. The figures were for buyers who intend to invest and sell properties. For those who were only keen to purchase and live in those properties, there was no cause for concern. Majority of foreign buyers just want to find a relaxing getaway and Miami is the perfect spot.

The trend appears to continue as more foreign buyers are still stepping in to buy Miami real estate at a discount. They have noted great deals in the sale of beach front condos, and other properties with magnificent waterfront views. Miami’s real estate market is currently on the rebound and its appeal as a thriving, diverse, and multilingual metropolis helped a lot to prop up its condo market that had been initially predicted to incur huge losses because of the housing crunch. Flush with cash, foreign buyers are continuing to scoop up Miami condos, for at least 30 percent less than the price of properties in their homelands. It’s a good idea for them to invest as it’s virtually impossible for them to lose. 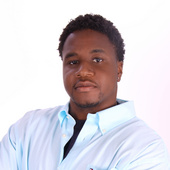 Bringing you a fresh perspective on the condo market in Miami Beach, Downtown Miami / Brickell, and Sunny Isles Beach.