The statistics shown below were taken from the Ulster County Multiple Listing Service.

The average and median sale price for 2010 is slightly lower than what it was in 2004!  But with prices remaining fairly stable for the past year and a half, perhaps we have hit the bottom of the market.

The following chart is broken down by Ulster County town, for the period January 1, 2010 through July 16, 2010.  It lists the number of units sold, the average list price prior to sale, the average sold price, a comparison of these two figures, and the average days a listing is on market, beginning with the listing date and ending with the sold date. 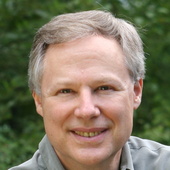