A Tale of Two Builders

Nashville was hit with a devastating flood at the beginning of May.  No one really understood the depth of what happened for days afterwards.  Some people couldn't get out of their neighborhoods, this blogger included, to know what we would all be up against as a community when the water receded.  Here are just a few photos to help you understand.  These photos, by Daniel Potter, represent water depth in commercial areas.  The devastation was most apparent in residential neighborhoods.  A fantastic and informative video can be found here.

Now, on to the story about the builders...

Two days after the weekend flooding, Debra Smith, president of D. L. Smith Construction, Inc., began getting telephone calls from friends of friends whose homes had been partially if not completely destroyed.  Within the first two days, she had so many calls, she knew the folks affected by the flooding needed more help than one builder could provide.  She called a friend and fellow builder, Brad Jacob, president of Rachelle Homes, to form a partnership of sorts during this rebuilding period.  So far, they've been able to help 35 families in the renovations of their homes.

Debra and Brad have been very different in their approach to this rebuilding process.  While other contractors have raised prices simply because they can, or so they think, Debra and Brad have taken a more compassionate attitude.  For example, one well known contractor in the area had given someone a bid to do the remodel on their home which was $1000 short of being double the cost of the bid from D. L. Smith Construction, Inc. and Rachelle Homes.

There are good, reliable, honest builders out there who know it's more than just labor and materials, it's helping people move back into their house to start making it a home again.

Almost a year later and many homes have still not been repaired.

You're right, Steve, but it's not always the case of it being the builder that's the cause for the delay.  Money or lack thereof, is the majority of the delay.  True, some builders don't feel the need for speed, but that's not the case in the two mentioned in the blog above.  Some homeowners didn't even begin to rebuild until just a few months ago. 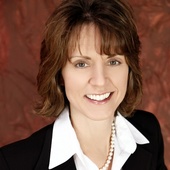