To further support the growth of the home staging industry, Real Estate Staging Association® (RESA®) will be recognizing leaders within the staging industry for their outstanding contributions and personal accomplishments.

Based on feedback we received from our membership, we have added regional awards to the Professional  Stager, Rookie Stager and REALTOR® of the Year Categories. We are looking forward to recognizing more of our members.

RESA® is now accepting nominations for the RESA® 2011 Staging Industry AwardsTM in the following categories:

Winners will hold their titles in their category for the 2011 term. Entry fees will cover the cost of a secure voting system as well as the awards.

The following provides the guidelines for submission to each of these categories. Please note: Nominations will be accepted from August 15, 2010 until October 1, 2010.

You may mail a check or we will put a charge on your RESA account and you can log in to pay the fee.
Checks should be made out to and sent to
RESA 2274 Partridge Dr. Valley Springs, CA 95252

Countries are eligible for a region if they have more than 4 members.

How exciting, Shell!  The addition of the region award winners for Professional Stager of the Year and Rookie Stager of the Year is so appreciated. Thanks for RESA and all of the efforts by the team to keep the home staging industry united.

Shell -- the addition of Regional awards is a great opportunity to recognize more professional home stagers throughout the countries involved.   RESA is providing the home staging industry with the "glue" needed to work together and prosper.  Thanks for all your hard work!

Thanks so much Kathy and Maureen!

We also added regional awards for the Realtor category. This gives stagers a great way to feature their top clients on the local level.

I tell you, with the new DVD, Awards and Convention we are trail blazing for sure!

Like
Heather Cook
Beyond the Stage Homes - Kitchener, ON
Delivering beautifully staged spaces

Sounds great however where does Canada fall in to all this? I only saw the states listed there for the different regions and was quite disappointed. Hope you can help clarify this!

Look again and don't be disappointed, Canada is clearly listed along with Australia. I would never leave off Canada or any other area.

Countries are eligible for a region if they have more than 4 members.

Regions for the US were defined by the US Census. They were double checked to be sure a comparable population of RESA Membership was adequately represented. While we do have some membership in other countries like Italy, France, Netherlands, we only have 1 member in each area. So we established a 4 person minimum of membership per country to create a region.

Like
Heather Cook
Beyond the Stage Homes - Kitchener, ON
Delivering beautifully staged spaces

Hurray! Thanks for clarifying Shell!

Trying to figure out which pictures to choose then sending them your way.

Just submitted my entry.....THANKS to Maureen Bray who has to be the best cheerleader!!!  Maureen is a great stager and a better person!!!!

Thanks Shell for all your hard work! I too just submitted my photos.. Conference is going to be even better this year with the addition of the Regional Awards.. 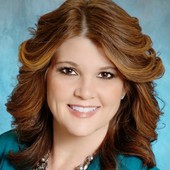