The Inn of the Mountain Gods has a number of great events planned for the next three months. Country star, and Grand Ole Opry member, Josh Turner will perform on August 10, at 8:00 pm.

Comedian Rodney Carrington will be at the Inn on August 27.

Other shows planned for the Inn during September and October include The Black Crowes, Gary Allan, and Vince Gill.

For more details on these and other shows, Inn of the Mountain Gods Entertainment.

Reposted from the Ruidoso Blog. 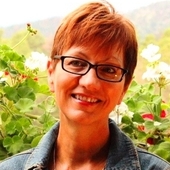 The Ruidoso Real Estate Blog covers frequent updates on real estate, lifestyle topics, and community events. From market trends in real estate, to scenic photography in the area, to the numerous events held in Lincoln County, I hope to keep readers informed about Ruidoso and some of the great opportunities found here in southern New Mexico.