"The Island Home Park neighborhood was named for the model farm and second home of Perez Dickinson, a Massachusetts-born merchant, banker and educator prominent in Knoxville and Knox County, who owned the land from 1875 to approximately 1899. Mr. Dickinson, who maintained a large, elegant home in downtown Knoxville as his primary residence, used his "Island Home" as a summer cottage, a guest residence, and an agricultural and horticultural center. Mr. Dickinson's house, although extensively modified from its original Italianate design, still exists on the grounds of the Tennessee School for the Deaf located at the eastern boundary of the subdivision. The Island Home Park Historic District lies on land that formed the front approach to the grounds, and Island Home Boulevard follows the path established by the original drive to Mr. Dickinson's home.

Mr. Dickinson is reported to have been very gracious in sharing Island Home with the community. He purchased the land from Colonel Thomas L. Spence (for whom Spence Place, a street in the subdivision, is named) in 1869. He also purchased an adjacent island, Williams Island, which now houses Island Home Airport, and was owned by John C. J. Williams. Mr. Dickinson entertained local Knoxvillians, and visiting dignitaries. He encouraged various civic groups and to hold meetings at Island Home, and picnics by Sunday Schools, civic organizations, and the Dickinson Rifles or Dickinson Light Guard, a militia formed by Mr. Dickinson, were common at Island Home. Citizens of Knoxville were accustomed to sharing the hospitality Mr. Dickinson extended; this affection extended to the new Island Home Park Subdivision."

Nancy, Looks like a great value for the buyer! 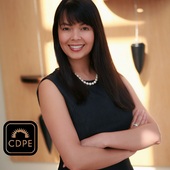