We get so many questions about what is a DEFICIENCY JUDGMENT and how it differs from other possibilities including DEED IN LIEU OF FORECLOSURE or SHORT SALE.  Recent blogs and Broker Bryant provided a request that I write a detailed article explaining and differentiating these three items.

As a suggestion, for information on the basics of a deed in lieu of foreclosure and short sale, see SHORT SALE PRIMER - LAWYER DISCUSSION OF THE SHORT SALE EVOLUTION

THE LAW OF MORTGAGE FORECLOSURE:

A mortgage foreclosure (some incorrectly call it a "Lis Pendens") is filed by the lender when the Promissory Note that is secured with a Mortgage on some real estate (usually the home) has not been paid on time (the "default").

A mortgage foreclosure is actually a four step process.

Step One:  The first step is to file suit (called the "Complaint") on the non-payment of the Promissory Note. (Yes, there are other reasons for a foreclosure suit to be filed, like an unauthorized transfer of the real estate, or non-payment of the real estate taxes, but we are going to focus on not paying the Promissory Note). An action (the suit) is filed at the courthouse and it consists of 3 documents.  The first document is a Summons, which directs you to answer the Complaint.  The second document is the Complaint, which describes why the bank is entitled to the relief it is asking for - the payment on the Promissory Note.  The third document is the Lis Pendens, which puts the public at large on notice (since the lis pendens is filed in the public records where the property is located) that anyone dealing with the property should know that a claim has been made against the property in the Mortgage.  (Lis Pendens literally means "pending litigation" and is one of those fancy Latin words that we lawyers banter about).

Step Two:  After statutory time periods have run (for example, 20 days to answer the Complaint, the bank can more for a final judgment.  This is usually accomplished (in Florida) with a Motion for Summary Judgment, or similar name.  Another 20 days must elapse before this hearing can take place, once the motion is filed.  In reality (at least in Palm Beach County right now) that time period can be several months before a court date on the Motion for Summary Judgment can take place.

At the Motion for Summary Judgment hearing the bank must prove that there is a valid Mortgage securing a valid Promissory Note and that it is unpaid.  The judge will then issue a Final Judgment of Foreclosure that says (1) if the borrower does not pay the bank the amount the bank proved is due to the bank within usually 30 days, the real estate is ordered to be sold by the clerk of the court to the highest bidder, and if the highest bidder bids less than the amount due to the bank then the bank can come back to court and request a Deficiency Judgment.  It is important to note that the Final Judgment of Foreclosure is NOT a money judgment against the borrower!  However, depending on step three below the bank can move to obtain a money judgment later on.  IMPORTANT note to borrowers who think that THIS is the hearing when you can go and tell your story to the judge.  WRONG!!!!!!!  The Summary Judgment hearing takes no testimony in open court.  It is based only on what is in the court file - nothing more.  It is a hearing based on technicalities and strict rules. I can practically guaranty you that if you or your attorney have done nothing up to the hearing in the case to establish why the judgment can not summarily be granted, unless the lender's attorney is totally asleep, the Final Judgment for Foreclosure will be granted.

Step Three:  Assuming that the borrower has not paid the bank to the bank's satisfaction during that 30 day period, the public sale (the "foreclosure sale") will occur.  It is conducted by the Clerk of the Court and it usually occurs "on the courthouse steps", but more usually in a courtroom or meeting hall or even in a large hallway in some courthouses and more recently, on the Web.  The property is announced and bidding starts at $100 and goes up from there.  The bank is able to bid for the property and it will do so to "protect" the collateral up to the amount (and usually beyond) the bank has determined the property is worth.  Usually the bank will bid up the amount of the judgment it received from the judge.  More often than not the property gets sold to the bank for a mere $100 and there are no other bidders at the foreclosure sale.

Step Four:   I am now again making as assumption.  The assumption is that the bank ended up with the property at the foreclosure sale by bidding one hundred dollars.  In that event the borrower still owes the bank money to satisfy the promissory note.  The amount of the remaining balance is what is in question.

A little issue that comes up is how long the bank has to get the deficiency judgment.  The Florida Statute of Limitations (time to enforce) the Promissory Note is 5 years from the time it went into default.  There is also a rule on how long a plaintiff can keep open a lawsuit that has no activity.  That rule says after 1 year of inactivity, the lawsuit can be dismissed by the court.  The rule is referred to the "Failure to Prosecute Within One Year" rule.  IF the court dismisses the lawsuit after one year and before the bank asks for a deficiency judgment, it could be argued that the bank cannot again seek to enforce the promissory note.

DEED IN LIEU OF FORECLOSURE

Almost every client I meet with first starts out wondering if they should "just give the property back to the bank".  This is also called "Buy and Bail" and "Strategic Default" and "Walking Away from the Property".  I tell them first off that, "it ain't so easy."

A Deed In Lieu of foreclosure has many prerequisites.  The first is that the property cannot reasonable expect to be able to be sold within a reasonable period of time.  The second is that the bank to receive the Deed In Lieu must be the only lienor.  This usually means there can be no second mortgage and the borrower and property must be clean of any claims or judgments from other creditors.  In other words the title to the property must be "clean" except for the bank's mortgage.  (Note that if the bank with the first mortgage also has the second mortgage or HELOC, the Deed In Lieu is still a possibility. Indeed, some first lenders will have their counsel seek to negotiate with the 2nd lenders even if it is a different lender, to get the deed in lieu of foreclosure accomplished.)

The issue remains - what becomes of the disposition of the Promissory Note?  There is documentation in a Deed In Lieu that is very important to the borrower.  This documentation can be an agreement in conjunction with the deed to the bank, or it can be written right into the deed to the bank from the borrower for the subject property.  In any event the document(s) must provide that as part of the consideration for the giving the property to the bank the Promissory Note is satisfied in full.  If this language is included, then there is no further liability of the borrower to the bank and no lawsuit to enforce the Promissory Note can occur.  Most of all, banks don't like to have to sell your property so they don't like taking property to have to manage and sell.  It is expensive to take in your property and unless your property is worth more than the amount the bank loaned to you, the bank is likely to only loose more money than if you sold it for them.  That is why they generally prefer to do short sales rather than deeds in lieu.

A short sale by its nature does not encompass a lawsuit to foreclose the Mortgage or a lawsuit to enforce the Promissory Note, and that is one of the primary advantages of this method of loan workout.  On the other hand, there is often a Mortgage Foreclosure Suit already in progress when a short sale is attempted to be negotiated.  [It is important to realize that a short sale "attempt" does NOT stop a Mortgage Foreclosure Suit!  The bank may or may not instruct its attorneys to delay acting on certain aspects of the suit - usually getting the Foreclosure Judgment or if one is issued, then delaying the actual conducting of the Foreclosure Sale. Don't assume anything positive about the foreclosure suit unless you have it in writing from the lender]. See the article: FORECLOSURE EXPRESS VS. LITTLE ENGINE THAT COULD

The short sale does often times result in a "Release" of the lien of the Mortgage but not a "Cancellation" or "Satisfaction" of the Promissory Note.  It is this remaining financial obligation that is the crux of so much discussion about "1099's" and forgiveness of debt.  Sellers Always Have Income is a comprehensive article on the subject and also deals with recent legislation on how income does not have to be recognized.

Unless a release or satisfaction of the entire Promissory Note or in the case of a property with more than one loan, then each Promissory Note is obtained, there remains the ability of the bank or banks to sue the borrower for the balance of the unpaid promissory note.  In the case of a 2nd Mortgage, this might be the entire amount of that loan if the 2nd Mortgage bank took nothing so the short sale could succeed.

The documentation regarding a short sale is very important.  The borrower needs to know what further obligations could be in the future as a result of the short sale.  Like the Deficiency Judgment statute of limitations, the balance of the Promissory Note must be enforced within 5 years of the default or the demand for payment by the bank.

The Second Bite from the Apple

Opportunity abounds for finding solutions for those that need a short sale or find themselves in a foreclosure action.  No solution is a panacea for the borrower's troubles, but the solutions present an ability for a borrower to make a bad situation a little less bad, and it gives some control to the borrower over what is otherwise a nightmarish situation. 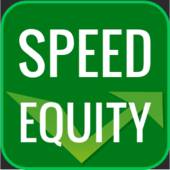