The data used in this report were extracted from the Greater Baton Rouge Association of Realtors MLS database. The data are presumed accurate but are not warranted.

There was a sharp drop in the number of closings (unit sales) in Ascension parish during July as the following chart illustrates. During June there were a total of 142 detached single family homes transferred while in July only 63 DSF homes transferred. This is a drop of more than 55%! Clearly a significant number of closings during the first half of 2010 were attributable to the Home Buyer Tax Credit.

The stacked bars represent the number of contracts for each status code recorded as of 8/10 when the data were extracted. Contracts with a status of Withdrawn or Active represent contracts which have fallen through since originally written. Thankfully, that number is rather small. Pending and contingent contracts have not yet closed and, hopefully, represent future sales.

As always, I appreciate hearing from readers and I welcome any comments or suggestions for improvement that you may offer. 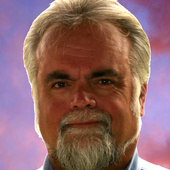