Although I've lived in town nearly 35 years, my Wife and I just started attending the Seal Beach Summer Conert Series last year. We enjoyed the warm evenings sitting with friends, taking in the sounds of summer and being treated to a spectacular sunset every Wednesday. As happens with most well kept secrets, eventually word leaks out and crowds rush in.

The second band to play in the 2010 Seal Beach Summer Concert Series was Hollywood U2 who promised to be a big hit. That information must have circulated because when I drove by at 7:45 am that morning, nearly 60% of the available grass area was covered in chairs. It was exactly at that moment that I noticed that our small Seal Beach Summer Concert Series may be out growing it's location.

Just a week or so ago the local newspaper put the question out to the public about saving spots so early in the morning. Of the four people polled, the sentiment appeared to be split 50/50 about how early is appropriate to save seating. The picture below was taken Wednesday August 11 at noon showing only minimal seating available with six hours to go before the concert is to begin. Whether people have become more proactive about getting "the best seats" or if the Seal Beach Summer Concert Series is out growing it's venue has yet to be determined. I too was amazed at the immediate change in preferred seating tactics for this season over the past several which I have attended. When I realized that I would have to work with it, I acclimated, like we must do in life. I suppose that it isn't much different then when I was a teenager standing in a long line outside the ticket window of the forum to buy my Van Halen tickets.. . :o)

I am sure it must be frustrating to some who get there at 6pm, and I sympathize. There is however, a second area of grass that starts 30 yards away from the stage on the other side of the pier remember. It is larger and has everything to offer comfort wise with a clear sound of the music. There is a somewhat limited view of the band, but for those who would rather sit and chat with friends or eat dinner while their children play, it would be ideal.

I like the recommendation about seating on the other side of the pier, I never considered that as an alternative. I was just down at Bogarts and was surprised to see quite a bit a seating still available further back towards the parking lot driveway. Given the popularity of tonight's band, that is sure not to last!

Yes Nat, I too was surprised. We walked down there for an early dinner at 4:30 on the grass (El Burrito style) :o) and there were still some areas for seating. But by 6 it was all gone. I appreciate your time with this blog and for keeping in tune with local happenings, thank you.

My pleasure Mr. C. I'm a Seal Beach guy through and through and have been rolling around the idea of doing my own local blog for some time. Not sure if you are on Facebook, but I have created a Seal Beach fan page that has been getting allot of praise lately. You can find it at www.facebook.com/sealbeach - maybe I'll see you at one of the upcoming concerts. 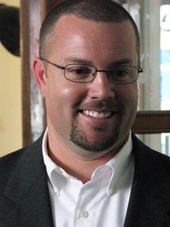