The well is capped. That's it. BP is trying to get out of the Louisiana Gulf Coast as quickly as possible. The oil industry wants that moratorium lifted as quickly as possible. Fishermen want to get back to their jobs as soon as the catch is safe. I am glad that progress has been made and I thank everyone for their prayers. What happens next in coastal Louisiana will be determined by the citizens who live here. Sure the politicians will use this opportunity to carve out a position which they feel will align them with the voters and the PR job will be ongoing but what are we going to do to change. Things were fouled up before the oil spill, even before Katrina. But we can do better and we must. We talk about legislatures voting along party lines, yet many people could not tell you what their own party line is. Too many people participate in the conversation but don't bother to take time to understand the concept. Just talking about nothing but emotional hot buttons. We have to take a pragmatic approach to choosing who we send to Washington and Baton Rouge to represent us. But we can't tell them what to do if we don't understand what needs to be done. Stop letting the government tell us what our problem is and how to fix it. Instead we need to tell the government what our problem is and how we want it fixed. And if the majority rules then we should throw the bums out who refuse to give us what we want. Seems like instead of one entity (man, woman, corporation) one vote its more like one dollar one vote and we all know the corporations have the most dollars and therefore the most say. BP should be one vs the population of the Gulf coast and therefore subject to what we say. Instead its BP's money vs the monies of the Gulf Coast population and guess what? There is only one way to fix this problem. We the people of the Gulf Coast must fully participate in our democratic process. We have got to step up and understand our system of government and engage in the process. We have to know who is representing us, know how we want to be represented and do what we have to do to remove those who refuse to make us the only priority. We have been under water, in oil,  and out of the loop. Now we must insist on and seek a new direction. The alternative is to let the politicians and corporations continue to carve up our resources with total disregard to our life, liberty and pursuit of happiness. 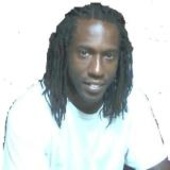