This blog is worth looking at.  Take a moment and enjoy the beauty! A little over an hour from Grants Pass reaches the fringe of the Klamath National Forest, and Tannen Lakes, two beautiful, green, mountain lakes. We drove on a series of gravel mountain roads until we were stopped by a huge washed-out ravine that pronounced the road dead. From there a trail leads up the mountain in a series of switchbacks that makes the going a lot more manageable. Our path wound through the magnificent forests on trails made silent by the pine needles.  Not silent enough however for the ever present maitre' ds of the forests; the Jays.  They and the squirrels made certain we needed no further introduction on our trip through their gorgeous home. Our goal was easily reached as suddenly a beautiful mountain lake appeared before us.  A scene reminiscent of Jenny Lake in the Grand Tetons only on a much smaller scale.  This was Tannen Lake. Another mile up and over the next ridge led us to East Tannen Lake, which is smaller but said to be deeper.  The clear green waters reflected the glorious greenery and myriads of orange butterflies flitted playfully along the waters' edge. With deteriorating logs around the lake, the parts submerged are perfectly preserved; I lifted out a sunken piece of rotting log, and it was as strong and resilient as if it were cut from a green tree.

You know the one thing missing?  No mosquitoes!  Not one.  How utterly amazing for an 88 degree day at a pristine lake and no unpleasantness at all. The whole trip without the sound of a vehicle and not even a contrail to mar the clear blue sky.

Pick up the phone and let me welcome you home!

If you need a Realtor® to help you buy or sell a home in Grants Pass, Josephine County or Jackson County, let me Google one for you. 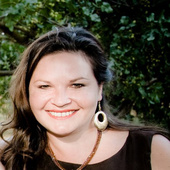