5-year Treasury-indexed hybrid adjustable-rate mortgage (ARM) averaged 3.56 percent this week, with an average 0.7 point, down from last week when it averaged 3.63 percent. A year ago, the 5-year ARM averaged 4.75 percent.

1-year Treasury-indexed ARM averaged 3.53 percent this week with an average 0.7 point, down from last week when it averaged 3.55 percent. At this time last year, the 1-year ARM averaged 4.72 percent.

Frank Nothaft, vice president and chief economist of Freddie Mac, reports, "Interest rates for fixed mortgages and 5-year hybrid ARMs again broke record lows this week following reports of a sluggish job market. Private payrolls increased by 71,000 jobs in July, below the market consensus forecast, and revisions shaved June's growth by 34,000 workers. The Federal Reserve also noted in its August 10th policy statement that the pace of recovery in output and employment slowed since its last meeting in June."

He continues, "Low rates are helping to heal many battered local housing markets by increasing home-purchase activity. The National Association of Realtors® reported that 65 percent of the 155 metropolitan areas they track experienced yearly increases in the second quarter of this year. This compares to 60 percent of areas in the first quarter and only 44 percent in the fourth quarter of 2009."

As long as the economy stays in a state of uncertainty we will be fine with rates.  I don't anticipate any significant changes either way in the near future! 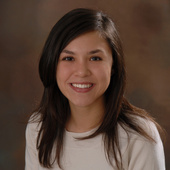 ActiveRain Community about 11 years ago
bookmark_borderbookmark
What kind of marketing strategies are working for ...
View more Recent Posts   arrow_forwards