Home > Blogs > Kate Bourland > Getting Out of Debt
bookmark_borderbookmark A few weeks ago the FTC released guidelines for the Debt Relief industry that will have far reaching implications for consumers who are in financial hardship and having trouble paying credit card debt.

The gist of Gene's blog is that the FTC's ruling is a giant step forward for consumers. The truth is far less encouraging. From my perspective as a debt consultant, Gene's post clarified how misunderstood the consumer debt industry is and it shined a light on a prejudice against it.

While there have been definite abuses by predatory debt relief companies, it's important to point out that the FTC's ruling was heavily influenced by the banking industry.   This means that the final ruling was lop sided and not necessarily good for consumers.

While there are positive components of the ruling, in my opinion, ultimately the FTC ruling will benefit banks more than it will the consumer. Prior to the ruling, the debt settlement industry provided the FTC factual statistics that clearly showed these programs benefit the consumer. These statistics were not taken into account in the final ruling. I will be writing on this in future posts. That said, there are pros and cons to the FTC's ruling outlined as follows:

1. Predatory companies, who don't have the clients long term interest at heart, will be forced out of the industry as they not be able to re-coop costs quickly enough. It will leave only those companies who have the financial werewithal to absorb the high cost of acquiring a client and getting that client started with the program.

2. Initial Settlements will come faster and no fees will be paid until the debt is actually settled.

3. Fees cannot be taken UNTIL a settlement offer has been reached AND at least one payment has been made to a creditor.

4. Fees will be paid when and only when a settlement has been reached with at creditor. (While this sounds good on paper, I believe that this provision will end up working against the consumer in the long run - more below)

1. The ruling will reduce competition and remove consumer choices. Ultimately this will mean that the consumer ends up paying more.

2. Fees will likely increase. Currently, reputable debt settlement companies, such as Financial Solutions here in Redding, CA, spread fees over a period of months. and do not charge up front fees. That said, typically 5% of the fees are weighted in the first 4 - 6 months which offsets risk and the cost of getting the clients set up. The FTC ruling on the Debt Settlement Industry forces companies to incur large expenses upfront and provides little leeway to cover costs should the high risk clients not follow through on their obligations.

3. It's possible and most likely probable, that some final settlements will not be as low as we currently experience. As of this writing, Financial Solution's clients enjoy average settlements at about 41% of the account balance at time of settlement.

These settlements are received, in part, because the settlement process involves playing a waiting game with the banks. This waiting game means that the client falls behind on the credit cards, while money is being saved for future settlements. Contrary to popular belief, this rule was established by banks themselves, NOT Debt Settlement industry.

Just like in loan modifications, where banks require a homeowner to be behind before assistance is offered, the credit card compaines will not work with consumers unless the payment is behind. It's illogical to a normal human being, but the computer algorythums that run the financial sector make no allowances for compassion or human logic.

It should be noted, that the comments above are my observations. Attorneys are still going over the ruling with a fine tooth comb and as the legal impact of the FTC's ruling is fully understood the actual impact may be better or worse. Only time will tell.

That said, it bothers me that an agency billed as "consumer friendly" passes down political rulings that take away consumer choice and often hurt the consumer more than they help.

Whatever the end result, Financial Solutions will be here to help educate our clients and help them identify solutions to their debt and get on a stronger financial footing.

I am Kate Bourland. I help people like you get out of debt. Debt Settlement, Mortgage Acceleration, and practical suggestions for eliminating debt. Call for a Free Debt Evaluation 530-222-9500.

Kate, I read Gene's blog and also the info on the FTC website.  On first read I thought it's good because I know people in financial trouble can be vulnerable to those who might take advantage of them.  On the otherhand, it does seem like it may limit consumer choices and that is not a good thing.  I guess the ruling is both good and bad.   Great post, thanks,

Thanks for the comment Pamela.  Getting the bad companies out is always a good thing,  Ultimately the only real winners in this FTC ruling will be the banks.   Surprise, surprise.  Thanks for commenting.

It seams the more the government tries to help the worse things get.  Let's just let the chips fall!

Kate - what it appears to me is again another typical gov't overkill that ultimately, while it may help a few, ends up hurting or costing the majority more.

Thanks to both of you commenting!

Kate, you said it all here:

in my opinion, ultimately the FTC ruling will benefit banks more than it will the consumer.

When did something benefit anyone more than the banks? Big business is running this country, not the people. Let's not kid ourselves. It would be nice to see something done with the predatory people who 2nd mortgages are charged off to who have zero incentive to settle unless you threaten them with the OCC or maybe BBB.

Sharon, spot on.  Along these lines I highly recommend the Michael Moore Movie - Capitalism - A Love Story.

I expected it it be a left wing political argument, what I got was an education on the power of Big Business in this country.  IF we as Americans stop doing business with the big banks and only choose local the abuse will stop. 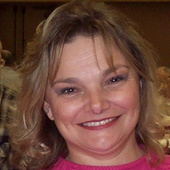 This Blog is my voice on the political, financial and social implications of debt. My goal is to encourage my readers to think outside their own personal reality and to challenge the social and political truths we have been taught about money, finance and our "free market" economy.