This morning I received a call from another agent in the area asking if I'd be willing to take on a short sale client.  My response was, ABSOLUTELY and minutes later I was put in touch with the homeowner.

After a lengthy discussion with a very lovely woman, I have discovered she has not been able to pay her mortgage payment including her property taxes for four months and has not been able to pay her HOA dues for a year.  She has moved to another city to seek employment and that unfortunately failed.  She has made several attempts to lease and sell her property (a condo) and those attempts were sadly unsuccessful.  The homeowners association has made several threatening attempts to file a lien against the property... stating that would initiate a foreclosure.  I am not often amazed at what I hear anymore because I've heard some really whacked information.  But hello homeowners association - do you realize you are in third lien position.  There are past due taxes, the mortgage company will want their money before you get yours... so that makes you last!

The referring agent stated he really didn't do a whole bunch of residential - more commercial and land transactions.  During my conversation with my now client she stated the previous agent was helping her list her home and guiding her through the short sale process for the last 30 days.  But when none of that has happened... she thought it was better to work with another agent.  Thank goodness he finally referred her out to someone else.

The previous, previous agent (yes there was another one) hired to list her home for lease only produced seven images and two were of close up shorts of the bathtub.  Really?  No wonder why this property still remains unleased or unsold.  It is a unique property with a backyard and a view to downtown Austin in a trendy area of town.

We finally reached the part of the conversation when I asked her for a key to the property so I could secure a lockbox and have photos taken and she told me, I don't think the key I have works - so I ask why and that is when she told me.

My mortgage company told me because I moved away I didn't need to have access to the property - so they changed the locks!!!!


At this point my jaw was lying on the floor and after a bunch of head shaking I asked her to repeat that again.  Yes - what I heard was correct.  The mortgage company changed the locks to her property because they told her she didn't need it any longer.

This property hasn't even been posted for foreclosure so why in the world would any mortgage company find it necessary to change the locks to a property.  How in the world do they expect another agent to gain access to the property to bring them an offer?  I do list many short sale properties and this experience tops the list as the all time.... they did in the hell would they do that?

I must say this experience has already been amusing and my newest client will be traveling back to Austin early next week to see in person if the key she has really works or if the mortgage company has all along been pulling her leg all along.  I am hoping for the latter for their sake.  I am very eager to contact loss mitigation to inquire why they would do such a thing but I will keep that conversation for next weeks entertainment.

Now I am awfully curious as if there are any others who have had a similar experience and if so how was it handled.

This has happened a lot in Arizona as well  --- once the mortgage company drained a perfectly nice , well cared for pool, because they said the owner would not need it any more ---- a lot of strange things going on.

Why not just order a rekey?  Unless she just needs to make the trip back, you could expedite the whole thing and be in the property tomorrow.  Good luck with it, in any case!

Benjamin - I cannot believe that but considering what I'm hearing from my client I wouldn't put it past any company.

Shelley - we are working towards that but it is a little complicated.

Hi Jennifer, just stopped by to see what was new! I hope you keep posting because you good at writing narratives! 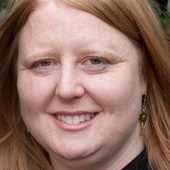