I love reading about agents who have gained success from being on Active Rain.  You never know when lighting will strike you.

Back on July 12th I received an AR request to respond to an agent about a contact he had in Oklahoma that was looking for a listing agent. I called and left a message and received a callback from Connor MacIvor of Remax of Valencia (CA). After receiving the information I looked up the area of the referral and it was 3 1/2 hours away from where I am located. To top it off it was 160 acres of land with a trailer. I called the owner and had a nice conversation. Do I really want to do this?

The story continues, my mother-in-law is 87, a Choctaw indian and was born in eastern Oklahoma. We had been planning all summer to take her one more time to her birth area which she has been wanting to do all year so August was to be the month. I had never been to the area but find out it is 10 miles from the referral. So I made the appointment with the owner and on a Saturday we started on our day trek.

The day was hot (100 degrees plus) when we reached the property so my wife and her mother stayed in the air-conditioned car while I went inside the trailer. The owner is a 75 year old lady whose husband had died two years earlier. He was retired Navy and was active on a Nuclear Sub and they had retired in San Diego but both yearned to return to their roots so they moved back to this 160 acres of family land and put up a nice 1800 SF double wide trailer that felt like a house inside.

We begin discussing her reasons for selling like being alone and she couldn't take care of the area around the house and her 4 children, who are spread out around the country, wanting her to move closer to one of them. I get a phone call and it was my wife asking if her mother can use the facilities. After they came in we sat around and talked and then the owner and my mother-in-law start discussing the area and found they had memories and acquaintances in common. They hugged as we left and it made us all feel good to have made new friends.

I subsequently spoke with her son who lives in the foothills of Boulder, CO and we had a nice conversation.

I don't know if she talked with any other agents but guess who sent out a listing agreement today?

Tom.. Me for one.  I love reading success stories.  It keeps me motivated.

I have enjoyed the help and input from Active Rain. It is a motivator.

Great success story, thanks for sharing Tom. Much success to you...

This story shows why we're here.  Thanks for sharing the inspirational story.

Reading other success stories is encouraging. Thanks for sharing yours. 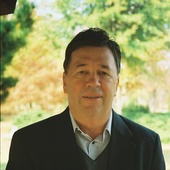