as reported on the, "Death of the McMansion."

McMansions, also known as Garage Mahals...are houses at 3,000 square feet and up.

It was the building fashion in some cities and suburbs in the 2000 decade.  Huge, looming, expensive to heat and cool.

The building trends of the 2010 decade are expected to produce smaller, energy efficient homes.

Smaller even here in Texas, where "Go Big or Go Home" is a catch phrase!

But now what do we do with all these "Square Feet"?

Barbara, I like a smaller home, less to maintain and heat or cool.

Carla,  I sure do agree with you.

I'm trying to get along with 900 sq ft right now!  But just by myself...no kids/husband.

Of course, I have to have acreage for all the critters.  I think they have a bigger "carbon footprint" than I do.

Have a good weekend.

Barbara, I sure have thought about a smaller place and I do love our home but our yard is, one and a half acres of lawn upkeep.  The pool adds to a lot of time spent when we could be on a day trip.  Too many square feet for my square head. 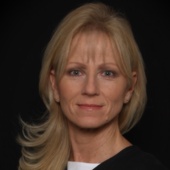