Attention Sonoma Rainmakers...Think locally and share the Groupon Daily Deals to your clients and other agents..This is just the beginning here in Sonoma but will catch on fast!

You may have been introduced to Groupon from last week's $25 for $50 worth of Gap clothes offering. It sold 441,000 coupons across America and made "Daily Deals" the war cry of the new local advertising model for the Great Recession. We've always believed the best way to engage your community is to give them what they want. In today's economy, deep discount daily deals makes complete sense. Yet, most consumers don't know hundreds of these great deals exist right in their own neighborhood. Well, give the people what they want to see:

We've added a Deals! page onto our Breaking News Network that aggregates and lists all Daily Deals from Groupon, Living Social, Restaurant.com, etc. for every specific Breaking News city in map format. CentennialCoBuzz.com is the first place Centennial Colorado's citizens need to go to find every discount in their city. We also broadcast special deals automatically across the social media via Twitter and Facebook feeds:

Finally, heard of "365 Things to Do" on Facebook? It's a great way to engage your community on a personal level by providing valuable lifestyle tips. What's next? We think the community wants to know about deals, so we're developing "Daily Deal" Facebook feeds (like Centennial Daily Deals) across the Network. It's an automated ticker tape of every new deal that happens in a city, and we hope consumers will monitor it and "like" it.

How to Leverage Daily Deals for Community Engagement

How do you build strong relationships with your business community that translates into deal flow and referrals to your business? Give your business community what it wants: free advertising and promotion via Breaking News, and its associated Twitter and Facebook feed. There's a link on the Deals! page that allows businesses to develop their own coupon deals and have them displayed on the Deals map. Just direct them to the link, it's all self service so you don't need to help out with developing the coupon deal. You'll generate referrals from others who want to also add their own coupons and get promoted through Breaking News.

Best of all, all this is automated so you're not spending time with activities unrelated to real estate. We're believers in automation and syndication, and it's far more fruitful to engage your community by offering true value to them. We bluntly call it quid pro quo marketing; if you provide tangible marketing and financial benefits to your community, you'll get hired because you're valuable to your clients in the long run.

Next step: we're working on broadcasting daily deals of our own across the Breaking News Network. We'll start off by syndicating deals sourced by other couponing services like Groupon, and later, it will be easy to add deals from your business community (after all, you're now positioned as a local media resource like a city newspaper). It all creates revenue, and is just the beginning of a local media based business model. For more information on Daily Deals and how to leverage this for real estate business development:

We hold free webinars every Tuesday afternoon that explain the basic mechanics and tools of community engagement - Breaking News, 365 Things, Daily Deals - and we're opening up registration to 20 more. You may register at https://www2.gotomeeting.com/register/874378795 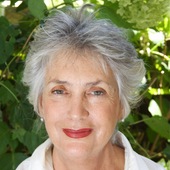