The ninth most populous city in the United States, Atlanta Georgia has all the amenities of a major metropolitan area with the charm and hospitality that is still alive and well in the deep south.  It is known as the "capital of the new south" and is a major international  business center for the Southeastern portion of the United States.

The area has seen tremendous growth over the past decade.  From the years 2000 to 2006 the area increased in size by 20.5%, the largest increase in any of the United State's top ten metro areas.   In addition to its population, Atlanta is burgeoning with economic growth.  The city is third nationwide with regard to the number of Fortune 500 companies headquartered there.  Some of the more notable business in Altanta include:

Atlanta enjoys mild weather year-round.  Defined as humid subtropical, the area sees average yearly highs of 72 degrees and lows of 52.  Because of its warm climate, Atlanta is the perfect place to enjoy outdoor activities.  The annual 4th of July Peachtree road race (running) is among the largest in nation, attracting over 55,000 runners.  In addition, Atlanta is home to four professional sports teams - Atlanta Braves (MLB), Falcons (NFL), Hawks (NBA) and Thrashers (NHL).  It is also the location of the famed Atlanta Motor speedway which regularly hosts NASCAR and other auto races.

Besides sporting events, there are a wide variety of other activities in which to participate in Atlanta.  The city recently finished construction on the world's largest aquarium.  With a display capacity of 8 million gallons, the Georgia aquarium houses more than 100,000 aquatic animals and 500 species.

The area has a variety of choices on the educational front.  There are more than forty colleges and universities from which to choose, including Georgia Tech, Emory University, Morehouse and Georgia State University. The city also provide a plethora of elementary and secondary schooling options.  There are twenty metropolitan school districts, which include 474 elementary schools, 129 middle schools and 113 high schools.

Compared to other metro areas, Atlanta also has a very low cost of living.  Based on a national average of 100, goods and services in Atlanta are at 98.7.  The area also has a low median home value of $223,876.

Southern charm that is all grown up, Atlanta is a city that has so much to offer.  The moderate home costs and low cost of living, coupled with a wide variety of entertainment and recreational options make this southern beauty the belle of the ball. 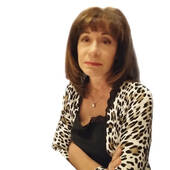