What happens when Blues Lovers hit the White Mountains of New Hampshire for a weekend of Camping, Comaraderie and the chance to hear some of the best Blues Artists around? Magic! Plain and simple.

For the past fourteen years, Brad and Mike Benton have been hosting an event called The White Mountain Boogie N' Blues Festival on their family spread, The Sugar Shack Campground, in Thornton, New Hampshire. As Mike Benton stated in this year's welcome message for the Event Program, (paraphrasing one of the attendees): "The White Mountain Boogie N' Blues Festival is like a Woodstock for Senior Citizens."

Having attended the Festival myself this past weekend, I would like to revise that last statement to: The White Mountain Boogie N' Blues Festival is like a Woodstock for Families. There were future Blues fans in the womb; toddlers rocking in Pirate raingear on that rainy Sunday; young adults with dredlocks, hula-hooping in the wings; elder members of the crowd sporting T-shirts from Blues Events they had attended decades prior, and generations of family members, sitting together, sharing a love for the same genre of music. How often does that happen? The event began Friday night at 6 PM and continued through to Sunday 6 PM. As this was our first time, my husband and I latched on to a couple who had been attending the Festival for the last ten years. They had determined over the years: the best place to camp; the best vendor tents to visit; the best area to set up your folding chairs for viewing access, and they had established a friendship with the Founders, Brad and Mike Benton.

I had won our tickets from the New Hampshire Public Television Auction back in May. As part of the package we received a VIP Weekend Pass which included two seats in the VIP section in front of the stage, breakfast for two at The Sugar Shack, the Benton's Family Restaurant, both Saturday and Sunday morning, and a $50 gift basket of Maple Products. Although we didn't sit in our VIP seats the entire weekend, I did take advantage of the prime photography opportunity VIP seating allowed me. Here is a sampling of the great shots I was able to get as a result: What were some of my favorite moments of the entire weekend? I have so many, but if I had to narrow it down to a few, I would have to say that John Lee Hooker, Jr's 'New Hampshire Background Singers' Recording of 'MoJo Working', John Lee Hooker, Jr's Funky Booty Dance Contest with Gospel Singer, Shirley Lewis as a contestant and co-winner, and Elvin Bishop's Impromptu Jam Session with JellyBean Johnson were three very special moments I will never forget. If you haven't made your plans for attending The White Mountain Boogie N' Blues Festival next summer, put it on your calendar now. The amount of Boogie Love you get for only $15 a day is a bargain any way you cut it.

That looked like a cool event. I especially like festivals that have a family atmosphere like this one... or as you put it Woodstock for Families! I'll try to check it out sometime. 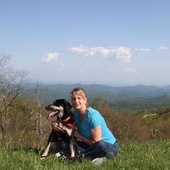