It happened again. This time to a different short sale and not in Sacramento. This short sale is in Roseville. High demand neighborhood -- such high demand that I received more than a dozen calls within 24 hours of putting this short sale on the market. Several months later, I'm still receiving phone calls and inquiries.

We received short sale approval for an all-cash offer and were headed for closing when a buyer's agent in Roseville called to put me on the alert. Even though this vacant home has been in active short contingent status for a while, agents still show it. I don't know why. But this particular agent noticed the air conditioning unit was missing. That huge component that sits on the side of most homes in the yard.

Turns out not only did thieves steal the A/C unit, but they ripped out the home's entire electrical panel as well. Then, I suspect they set the side yard on fire. The grass looked burned in the photos I received. Where are the neighbors when these things happen, I wonder?

I advised the seller to file a police report and notify his insurance company. However, in this particular instance, I believe that insurance will most likely not cover any damage because the home has been vacant for more than 30 days. So, that leaves me having to ask Bank of America for a price reduction.

Last month, thugs broke into a Natomas short sale and swiped the appliances. Fortunately, they didn't do further damage, and it was just the dishwasher and range that were stolen.

I tell all my short sale sellers to make sure they carry adequate insurance on a vacant home because their existing homeowner's insurance probably won't pay on a claim. But nobody ever thinks anything bad will happen to them. It's always the next guy or the next town over. Of course, the problem with this is rates to insure a vacant house are expensive. If a seller can't make a mortgage payment, a seller probably can't afford a special insurance policy, either.

The Short Sale Savior, by Elizabeth Weintraub, available through bookstores everywhere and at Amazon.com.

Photo: Unless otherwise noted in this blog, the photo is copyrighted by Big Stock Photo and used with permission.

The views expressed herein are Weintraub's personal views and do not reflect the views of Lyon Real Estate. 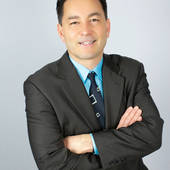