I took my first trip to the Trumansburg Fair this year - specifically to watch the Demolition Derby with my boyfriend Rob, who is a motorsports guy.  The fair is really reminiscent of my childhood in Guam, where we had our community fair in July every year, on the 21st, to coincide with Guam's Liberation Day.

The sounds, sights, and aromas of a Fairgrounds are quite distinct - and a bit overstimulating, to be sure.  I got snap-happy (with the camera) within a few minutes of getting onto the grounds, and enjoyed taking it all in before the crowd filled the grandstand for the derby.

Being that it was my first demolition derby, I was quite excited to see and feel the energy of cars crashing!  I think sometimes, "I could do something like that", but then the self-preservation thoughts kick in "I would like to protect my neck"!  So for now, I'll stay safely in the grandstand and observe the action.

According to Rob, it was a very light year for the derby this year - only 3 heats, with just 8 cars each in the first two, and 12 cars in the last.  Usually he said there are at least as many heats or more, and more like 16 cars in each heat, PLUS a powder puff division.  This year it seemed that there was only 1 entry in that division, so we didn't even stick around for that.

It's a sign of the times I guess, that some of the things we do just for fun and amusement are harder to afford this year than in years past.  But as all things are cyclical, I hope for an eventual return to a more robust economy and job market here in Trumansburg in the not too distant future.

DERBY HOPEFULS LINE UP FOR THEIR HEATS! 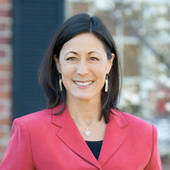 Brief glimpses of the Real Estate Market through the eyes and ears of Special Agent Santos...hold on, she's talking on her shoe phone...!