Late in the afternoon on Thursday, August 28, there was a fire at the Summit at Rock Creek Townhomes. The blaze forced 18 homes to be evacuated. Three were hospitalized and released.

There were more than 40 firefighters from multiple locations that assisted in combating the blaze.

The second part of this story is how a community has come together to do whatever it can to support their friends and neighbors.

Almost immediately, emails started to go out through the town of Superior's listserv, communicating efforts for helping those that were displaced.

Members of the Superior Mustang Organization, Cool River Church, Rock Creek Church, and the HOA association organized fund raisers that started last night and will be going on all day (9:00am to 5:00pm) today in the parking lot at Community Park in Superior.

Many have been giving cash, clothes, and home furnishings.

Superior and the community of Rock Creek are relatively small. I don't know if it's because Superior Colorado is also small town USA, or if it's because I happen to live in a small place inhabited by people with large hearts. It doesn't really matter why. Seeing this outpouring of support from so many to help our neighbors in their time of need, well I've never been prouder or happier to call Superior Colorado my home.

My heart and prayers go out to all those that had loss. If you're local to Superior and wish to help please stop by Community Park (next to the Safeway on Coalton Road) today.

Thank you to the Superior Mustang Organization, Cool River Church, Rock Creek Church, the Red Cross, the HOA association, and the Rock Creek Community for all of the hard work in coordinating this effort. A huge thank you to the brave firefighters too. 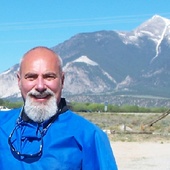 ActiveRain Community over 9 years ago
bookmark_borderbookmark
Do You Focus On What's Important To Be A Better Re...
View more Recent Posts   arrow_forwards