Here in a great post by Debbie Gartner, Floor Coverings International in Westchester/Western Fairfield.  Debbie does an amazing job of explaining the Janka Scale of Hardness and how it relates to hardwood floors.

The Janka hardness test measures the hardness of wood. It measures the force required to embed a 0.444 inch steel ball into wood to half the ball's diameter.  It is a good measurement technique to determine the relative hardness across hardwoods.

But, if you shift toward the exotic hardwoods from South America, the woods are on a different wavelength.  The popular Brazilian Cherry is 2,350 - almost twice as hard as red oak.  And, Brazilian walnut comes in at 3,684 - nearly triple the hardness of red oak.

Below is a listing of many hardwoods so you can see the range of hardness.  You'll also note that most of the pines (which were used a LONG time ago) are low. They are rather soft and aren't even considered hardwoods.  They can dent very easily.

Again, I'm having challenges attaching pictures, but if you click on the links you can see picts of those hardwoods.

"We bring the store to your door."

Thank you , Thank you.  I have been looking for this info

Thanks for this: I did not know about this scale (I should have!) but I have seen some very scratched up, dented American Cherry>  So sad!

Good information for those that are selecting flooring for their homes or offices. Thanks for sharing.

That is a great reblog..thanks for the information.

Like
Mark Woodward
Floor Coverings International - Randolph, NJ
We bring the flooring store to your door

Thanks for reblogging Mark.  Yes, Braz Cherry is much better option than American Cherry.  Also, if budget is limited, Kempas (esp those w/ Cherry stain) is a wonderful alternative.

Thanks for posting this information, I will be sure to pass it on 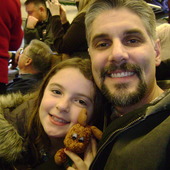 over 9 years ago
bookmark_border
I have 4 posts with over 10,000 clicks
View more Recent Posts   arrow_forwards