Like:
Home > Blogs > Rudy Romo > Rudy Romo's (rudyromo) Blog
A global credit squeeze has most economists convinced the Federal Reserve will come to the rescue and cut interest rates next month, a Reuters poll showed on Wednesday.

The survey of more than 100 economists across the U.S. and Europe taken Aug 20-22 represents a 180-degree turn on risks to the economy and is as sudden as the violent moves in credit, currency and stock markets that triggered such a souring.

Median forecasts show they now expect the Fed to cut rates by 25 basis points by its September 18 meeting to 5.0 percent and to follow with another, bringing them to 4.75 percent by year-end.

Thirty-four economists see a quarter percentage point of easing by then, 9 say 50 basis points and 2 thought the funds rate will be 75 basis points lower by Sept 18.

Economists saw the European Central Bank holding rates at 4.0 percent on Sept 6 -- 34 of 65 were making that call compared with only 2 of 65 just a few weeks ago, with medians showing 4.25 percent as the peak in rates.

However, the poll was taken before the ECB said on Wednesday that its rate policy stance was given by President Jean-Claude Trichet on August 2. Then, he used the words "strong vigilance" -- well-known codewords for a rate rise the following month.

As for the Bank of England, hawkish bets rates would climb to 6.0 percent, which had already dwindled to only a small majority before the recent market turmoil began, are now off the table and rates are seen on hold at 5.75 percent. Fifty of 53 see no move in UK rates in September

Interest Rates?  At this point, it doesn't matter what the interest rates are because we are looking for buyers first, then we can discuss rates!

Hi Rudy, I see this is your first post on Active Rain.  Congratulations!!  I just wanted to welcome you to our Real Estate Industry Network!

Welcome aboard, I hope you'll continue to blog, and invite others.  Wishing you all the success this industry has to offer.

Below are some useful sites and groups you may want to visit right away:

Looking for Information or Help with Something?
Your Active Rain Community Resource Guide

Do You Want To Be The Featured Agent In Your Area?
Points Breakdown

Need Photos or Graphics to Enhance your Posts?
FREE Photos and Graphics for your Blog

Active Rain New Members Group - A MUST JOIN IF YOU ARE NEW!
It's A to Z for New Members!

Want Free Exposure with your Listings?
Post Your Listings on Active Rain

You can join any groups you have an interest in, or would like to learn more about.  Maybe Target Marketing, Real Estate Technology, or you can search All Groups, there are hundreds to choose from.

I hope you'll find these to be useful tools in helping you get started here on Active Rain.  You will meet many wonderful people here!! Again, welcome to Active Rain, the best place for your Blog!

Good Luck to you and your business! 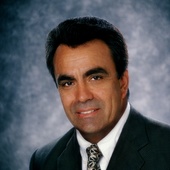