Reverse Mortgages in Moreno Valley, CA and the rest of the country will be changing in a few short weeks on October 4, 2010

An informative and relative post at Reverse Mortgage Daily, yesterday:

Here's the gist of  it: On October 4, 2010 (yep, next month) there will be some changes to all new HECM loans with case numbers assigned after that date.  We've know n about these upcoming changes for some time now and here they come.

On the bright side - If you look at the raise in MIP as effectively an "interest rate" in as much as it accrues to the balance, even at 1.25% MIP rates are lower than they were when I first got into this business and it was benefiting many seniors.  At that time the FHA HECM lending limits were around $212,000.  Now the limit is $625,500, making if very useful for seniors living in higher value areas like Southern California.  It also allows FHA to keep this great product viable and available for senior homeowners and home buyers over the age of 62.

Last year, HUD reduced the principal limits by 10% and I noticed an immediate increase in the number of homeowners I was unable to help.  This is because for the most part seniors use the reverse mortgage to payoff an existing mortgage, eliminating the monthly mortgage payment and effectively increasing their cash flow.  When I have to tell them that they now have to bring funds to the table to get a reverse, many times (not all) I am told.  "Gee, Debbie, if I had $XX,XXX.XX dollars I wouldn't be trying to get a reverse mortgage!" For them, the best option may be to sell.  Others will look for ways to supplement their income. Most will just keep going as they have been, deeper into savings, deeper in credit card debt until....

This is the second time HUD has been forced to reduce the principal limits in the last two years.  Last year HUD reduced the principal limits by 10% which had a large effect on the number of seniors able to utilize a reverse mortgage to payoff their existing traditional mortgage.

According to HUD, loans with a case number assigned prior to October 4th will still be eligible for the previous principal limits.  A mortgagee letter explaining the changes will be published in September.

In addition to these changes, HUD is expected to release a new type of reverse mortgage, called a HECM light.  More to come on that! 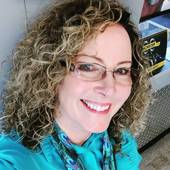 Mortgage / Finance over 4 years ago
bookmark_borderbookmark
How Long Has the HECM Reverse Mortgage Been Around...
View more Recent Posts   arrow_forwards

What You Want To Know & Need To Know About Reverse Mortgages - “The postings, statements and opinions on this site are my own and do not necessarily represent the opinions and positions of my employer, and/or it's affiliates."