There are four major benefits of public transportation to Florida: Environmental, Economic, Energy Independence, and Quality of Life (a healthy alternative to fighting traffic congestion).

In coming editions of the Florida Transit Advocate, we will exploring each of these and describing ways that Florida can benefit by bringing its public transportation system into the 21st century. In the meantime, here are some teasers:

Check out FloridaTransit.org for more facts 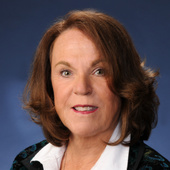