Heard on CNBC Power Lunch today:  Congress is not currently looking at extending the Tax Credit. Even though there has been talk in the media of doing so, it will not likely happen.

The arguments for extending are obvious, but here are some of the reason why it would not be a good idea to extend it:

·        It is a false stimulant that comes with a price, not only from lost tax revenues, but also a built-in slowdown as evidenced by the drastic drop in homes sales when it recently expired.

·        The Government is not currently addressing the real underlying problems that are causing home sales to be slow:

o   Jobs are not being created and the current administration is not addressing this issue effectively.  In fact, things like the Healthcare Bill are having an adverse effect on job creation due to the higher expenses of hiring new employees.

o   90% of the mortgage loans made today are controlled by the Government, who has tightened lending standards to an unreasonable level whereby many home buyers who should be able to qualify cannot.

o   Finally, someone is acknowledging that the housing crash was caused by Wall Street Bankers allowing no-doc and low-doc loans to be made and securitized for a profit.  Millions of people who could not have qualified under the old rules were made mortgage loans that would never have been made under the old guidelines.  They defaulted (big surprise) so the Government’s answer was to increase standards to make things harder on people that did not even cause the root problem.

It was suggested that Congress will need to think outside the box if this Tax Credit is offered again. One way would be to extend the benefit to investors.  This would help spur people barely hanging on to be able to sell their houses to investors, who could in-turn rent those houses back to the prior owners who would not be displaced.  Even a Dem-wit could see the logic in that.

Mike, I hope they do not extend it, it does help (long run) and is very costly

I'm sort of torn on this issue - -I feel that there are probably some long-term consequences with programs like this, but at the same time - -from a personal take -- it would be nice to give housing sales another shot in the arm

Hi Mike, I am new to ActiveRain, just stumbled upon your blog.  This is a great article! Often times it is difficult to find the root of the problems, and as you mentioned, good people get the short end of the stick when remedies are are applied to all istead of the underlying disease.  Thanks for taking the time to write it! 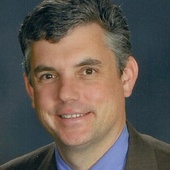