I've been performing full blown home and commercial inspections for a long time.  A few years ago I was asked by a well known national developer to start giving their new homes a visual quality inspection (QI) when they were finished.  My job was to use a check list to go through each house about 10 days before closing and find visual defects that the buyer might find after they moved in.  The inspections ranged from cleanliness, flooring, paint flaws, appliances, doors and windows to obvious interior and exterior defects.  It was not a comprehensive home inspection.  Each house was scored and a portion of the construction manager's bonus was based on that score.  In the process of doing the inspections, I expanded the check list to about 500 items.  Scores that once were in the 60's improved to the 90's and warranty costs for follow up repairs decreased dramatically.

It wasn't long before I began to get questions about the QI process from realtors and buyers who, for whatever reason, didn't want a full blown home inspection but did want to know that they weren't buying a home with a lot of unrecognized defects.  These questions led to the development of the iPhone QI App.

I know absolutely nothing about developing an iPhone app so my first task was to find a developer who could do it for me.  We searched the internet and asked friends for references.  There are literally thousands of people on the internet who claim to be app developers.  Sorting through them was a chore unto itself.  We finally settled on a man in Maine and turned the process over to him.  My step daughter, our in-house computer guru, worked with him and monitored his progress as the process went forward.

The original App went over fairly well but it had bugs that needed to be worked out.  When we went back to the developer he either couldn't or didn't want to fix them.  Instead he simply declared he was out of business and closed up shop, leaving us hanging with an App that didn't do everything it was supposed to.  Most of the users were able to work around the problems but they had to make adjustments that neither they nor we liked.  Some of their evaluation comments were brutal but dead on.

Because we'd been burned by the original out of state developer we were extremely careful about hiring someone to fix the bugs.  I wanted to work with someone nearby so I could get my hands on them if I needed to.  It took almost an agonizing year of searching but we finally found someone in our own Myrtle Beach back yard with the expertise and talents to not only fix the bugs but to improve the App.  It now includes the iPhone and the iPod Touch. We're working on adding the iPad.  The new version has just been approved by Apple and is available on the iPhone menu at Quality Home Inspections.

How did we select our new developer?  By following the most basic business rules for selecting a vender for any project. We knew but chose to ignore these rules the first time around because we were in a hurry:

1.  Find a developer near you in case you need to talk to him/her face-to-face.  If there's not one nearby, make sure to research them and see examples of their work.

2.  Get references from past clients and talk to them, especially if the developer is outside your state and beyond your legal reach if something goes wrong.

3.  Interview the developer or vender and make sure he/she knows exactly what you want and is able to produce it.

4.  Recognize that once the project starts there may be unexpected changes to it and that the fee will increase to meet the new challenges.

5.   Don't pay the entire fee up front.  Arrange to make incremental payments at specified steps in development with a final payment made upon satisfactory implementatin.

6.  Maintain a goood working relationship with your developer/vender.  You want him to want to go the extra mile without being forced to. 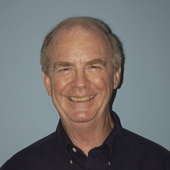 almost 11 years ago
bookmark_borderbookmark
ICE DAMS – WHAT ARE THEY AND WHY ARE THEY IMPORTAN...
View more Recent Posts   arrow_forwards