We are looking at homes sold data for the last four years verses the last twelve months to determine where the market is headed.  In 2006, 34 homes were sold and were on the market for an average of 105 days.  2007 saw a 20% increase in the number of homes sold at 41 while the days on market was steady at 102.  With the recession in full swing, 2008 brought us 34% less homes sold to 27 but were selling a little quicker at an average of 97 days on marekt.  The Federal Home buyer Tax Credit was established to help prop up a sagging market in 2009 where we see another drop of 18% at only 22 homes sold and days on market were again less at 93.

In the last twelve months, we have seen a 59% increase in the number of homes sold at 35 and days on market stretched to 140.  Average sales price has gained a nice 11.3% in value to $249,298.  There is no doubt the now expired Ferderal Home Buyer Tax Credit had an effect on the market.  Unfortunately, the Tax Creidt was an artificial component of the market and had its un-natural results.  As the market turns toward normal agian, we are seeing acitivity up as well as values.

So right now, in Strafford, more homes are selling and average price is coming up.  One would say that demand is strong but 140 days on market would suggest that buyers are being careful.   Buyers understand that the lowest interest rates, reasonable home pirces, and lots of inventory puts their purchase power at its peak.  Strafford NH Real Estate is poised for good growth for todays buyers.

Is now a good time to buy Strafford NH Real Estate?  You bet!!  That's good news for sellers, too.

Your comments on this study are encouraged.

Thank you for the update in your area, Wishing you the best on future sales! 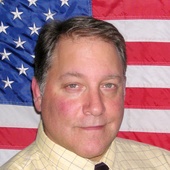