Whether you are looking to purchase or refinance in Carrollton Texas you need to look at the impact  lower mortgage interest rates will have on your new payment.

Mortgage bond prices fell slightly last week pushing interest rates higher. Unfortunately the seesaw trading pattern continued with rates rising and falling throughout the week. We started the week with stronger than expected Industrial Production and Capacity Use data pressuring mortgage interest rates higher. Stocks fell mid-week following a shocking 27.2% decline in existing home sales and weaker than expected durable goods orders. This helped us recover some of the earlier losses. Friday was choppy with 1/4 point up and down swings occurring throughout most of the morning. Despite all the volatility we were able to stay relatively flat overall for the week as rates rose by about 1/8 of a discount point.

The employment report Friday will be the most important release this week. Expect more volatility.

Productivity is the rate at which goods or services are produced. It is most commonly defined in terms of labor, which is the contribution of people to the process. Labor costs represent about two thirds of the value of the output produced. The Bureau of Labor Statistics of the US Department of Labor releases the most widely cited productivity statistics quarterly and annually. Increased productivity is often credited for economic growth with little signs of inflation.

Productivity is significant in that as it increases, businesses can produce more with the same or less input. This wealth building effect is vital to the US economy. As productivity increases, the US economy generally performs better. As productivity decreases, the economy generally suffers. While the bond market generally favors signs of weakness in the economy, bonds tolerate growth as long as the economic environment shows little or no inflationary pressures. Keep in mind that rates remain very favorable. Now is a great time to avoid the uncertainty surrounding continued market volatility. 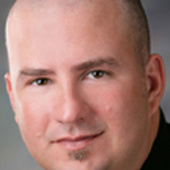