As this Year grows closer to an end, in what was Wilson Counties Sesquicentennial year, we come together to celebrate as a community. Come celebrate the unearthing of the time capsule buried on the grounds of the Wilson County Courthouse in 1960. The ceremony to unearth the 1960 Centennial Capsule will be held on September 25, 2010 on the Courthouse lawn. After which a new Sesquicentennial Capsule will be buried in place of the 1960 capsule.

Many who grew up in Floresville recall the gala celebrations held to mark Wilson Counties Centennial celebration in 1960. Faye Taylor recalls wearing 1860 style attire, woman wore bonnets and long dresses men wore mustaches to celebrations. These celebrations ended with the September 25, 1960 burial of the Centennial Capsule at 3pm on the Wilson County Courthouse lawn.

While the Wilson County area has grown, more that doubling in population over the last 50 years, it still maintains that small town charm. The two Wilson County communities of Floresville and La Vernia have seen tremendous growth in the past ten years due in large part to BRAC military expansions that are still occuring at Fort Sam Houston Army post.

This population growth has brought businesses to our area. HEB grocery has opened locations in both communities. Floresville has a Wal~Mart with expectations of a Super Wal~Mart within the next year. These along with many other retail, restaurants and specialty businesses allow Floresville and La Vernia to offer many conveniences locally.

If you crave a big city lifestyle but want your children to grow up in that small town 'bubble' Floresville or La Vernia may be your 'Dream Come True'! Both communities are within an easy 25 to 35 minute commute to downtown San Antonio and the bustle of one of Texas' favorite cities.

If you crave a more rural setting with award winning schools Poth may be the place you want to call home. This small community boasts an TEA Exemplary Elementary campus. It is within a 40 to 55 minute commute to downtown San Antonio.

Stockdale home of the annual watermelon jubilee, also offers a more rural setting with the most affordable housing market in Wilson County. Stockdale is a 45 to 60 minute commute to San Antonio depending on San Antonio Traffic.

If you are interested in more information on the COMMUNITIES OF Wilson County Texas, or our Sesquicentennial Celebration please contact us! We will be happy to provide you with area information. 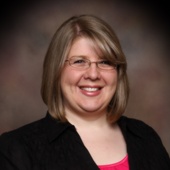