NEW DOLLAR GENERAL STORE COMING TO LAUREL HILL ON HWY 85 The sleeping little town about 10 miles north of Crestview on Hwy 85, is opening their eyes. This is just one step in the growth from Crestview north to Laurel Hill. With the largest civilian employer located on the Northside of Crestview at the Bob Sikes Industrial Airpark, I can see the area from Crestview to Laurel Hill on Hwy 85 North growing quite rapidly as the result of the expansion of the Airpark and the Defense Contractors in the Airpark expanding their business.

Dollar General coming to Laurel Hill residents
Residents say it will cut down on trips to Crestview and Florala, Ala.
By BRIAN HUGHES
Florida Freedom Newspapers

LAUREL HILL - Residents here are excited Dollar General is coming to town.
Older folks still recall when Laurel Hill was a busy railroad community and boasted several stores, a bank and a movie house. Now, apart from grabbing snacks at Tom Thumb, residants grocery shop in Crestview or in Florala, Ala. "I tell you, it'll do all right here," Bessie Green said as she lunched with her friends Morris and Martha Rogers at Laurel Hill Grill, the city's only restaurant. "People are tired of driving so far to shop. If we run out of something, we can pick it up there (at Dollar General). Then we won't have to run to Crestview." The new store is planned for property just north of the former Hobo Video store on State Road 85 south of town. Laurel Hill City Clerk Harold Jones presented site plans to the city council recently that depicts a 9,014-square-foot store with 34 parking spaces. It will be the same size and layout as Dollar General built last year in Baker. The Baker store has proven very popular, said its manager, Gail Castonguay. "This is a busy store," Castonguay said. "We do really good here. I think it will do good in Laurel Hill. It is a small town like Baker." Jones said the Northwest Florida Water Management District and the state Department of Transportation are reviewing the store's applications and are expected to approve them within weeks. He expects the Laurel Hill Dollar General to rise rapidly after final approval is given. "So it looks like it'll be ready for Christmas," Councilman Johnny James said. At City Hall, water clerk Anita Miller and Assistant City Clerk Barbara Bottoms said Dollar General will be popular. "People are excited that it's coming," Bottoms said. "Laurel Hill doesn't have a grocery store." "It'll save a lot of time because I won't have to go to Crestview unless I have to," Miller added. "I go to Florala before I go to Crestview. The kids are always saying, ‘When are we going to Walmart?' I spend too much money at Walmart." Miller said Dollar General will be especially popular with families with school-age children. "My kids are constantly needing snacks and stuff for school," she said. "It's a lot more expensive to shop at Tom Thumb. I can't wait for the Dollar General to open."

Coming from a small town in Virginia, I know what it is like to order from the Sears catalog and pick it up three towns over. It was actually neat when I was able to get Cabbage Patch dolls via the Catalog when they were sold out in the "City" stores. Dollar General was where we bought just about anything. 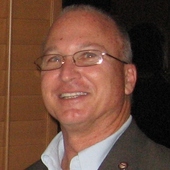