Blow me Down!  Pirates are coming to Monmouth, Maine this month!  Blimey, pirates!  AND a Major-General! The Box, with Cameron Diaz) will be playing the Major-General's role.  This show will no doubt be performed with the same rollicking enthusiasm and creative artistry that the Theater of Monmouth has become known for. The Theater at Monmouth (TAM) was founded in 1970 aa a repertory company and performs year-round in Monmouth's Cumston Hall.  Professional artists from Maine and around the whole country come to Monmouth every year to perform here.

For more information on show times and ticket prices, visit the Theater at Monmouth's web site.  There you will also find information on the upcoming 2011 season.  And you can check out the TAM alumni list - which includes names like Patrick Dempsey and Bronson Pinchot!

So don't be Lily-Livered!  Come spend an evening in Monmouth watching pirates, maidens, inept police, and a Major-General wreak havoc and sing and dance while doing it!  Yo, ho, ho!

Groups:
Addicted to Active Rain
Agent Mom
I Rock, Therefore I Am!
Posts to Localism
Things to Do/Places to Visit

Aye Maties!  That sounds fun.  I love the TAM and Cumston Hall.  Looks like I'm going to have to dig up some doubloons and get some tickets to join in on the fun!

I love them too!  Saw some great shows this summer...but then they are ALL great shows!  One of the things I enjoy most about Monmouth is that this theater is right here!

Lisa, GREAT POST! I LOVE the theater and I bet lots of folks will happy to have great entertainment close to home. Maine has the best of everything, you're fortunate to be there.

Thanks, Charles.  Maine really is "the way life should be"  ayuh, ayuh.  That was a shameless plug for you to read (if you haven't already) my Unstoppable Woman? - Day 3 blog.)   LOL!!!

Hey Lisa, Aren't you glad you came out of your closet?  look at all the fun your having!  Great post.

Karen, In my world there is no such thing as a 'shameless' plug. Want the biz, toot your own horn...in good taste always but nonetheless.. 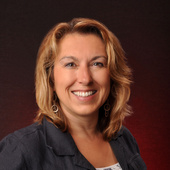 All about living and working in Central and Southern Maine. Maine really is the way life should be! Looking to buy or sell real estate in Central or Southern Maine? Let me help you FIND YOUR MAINE OASIS!