that links our public parks system called the "Boise River Greenbelt."    It follows both the North and South banks of the Boise River for nearly 35 miles - beginning at Lucky Peak Reservoir and heads East past the Western Idaho Fairgrounds and now down into Eagle.

People of all ages enjoy biking, walking and jogging along some of the most peaceful scenery this area has to offer.  Without some wonderful visionaries in the early 1960's the greenbelt may never have come to fruition.  In 1968 public interest and support started growing and the Parks Department appointed a committee that would oversee the ordinances and development for the City of Boise.    The city began to slowly piece together a patchwork of land along the corridor using several methods of acquisition including purchase, exchange, leasing and receiving donations of property by individuals, civic groups and corporations. There are some fantastic things to do and see along the greenbelt:  Barber Park, Boise State University, Julia Davis, Kathryn Albertson Park, the Ann Frank Memorial, many charming bridges, restaurants and most of all serenity and a real sense of community!

I just want to say "THANK YOU" to the pioneers that worked so hard to make it happen for all of us to enjoy today and for generations to come.  Check out the Boise River Greenbelt Facebook Fan page and the You Tube Video that filmed in 1970.  It's pretty cool too.

Love the Greenbelt! Thank you for the article!

I couldn't agree more. What a great read. 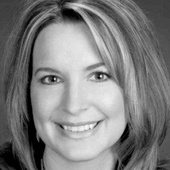