It ain't NASCAR but it is Awesome! Formula One is Comin' ta Austin Y'All....and it's a big Deal!

The Austin area was recently chosen to host a Formula One Grand Prix.  I think it's safe to say though that a lot of people here and around the country don't know how big a deal this is.

A recent article indicated that the race could have an economic impact of around 300 million dollars.  That number is more than South by Southwest Music Festival and a season's worth of UT football games combined.  That is a really big deal for Austin.

Those numbers are just projections for the Formula One Grand Prix.  There is already talk about Austin getting the nod for a Motorcycle Grand prix race as well.  Many other types of races could also be held at the track which would significantly increase the overall economic impact that a Formula One track can have on a local economy.

The first race won't be held until sometime in 2012 but expect to see lots of major changes in the landscape and community in the little town of Elroy.  Hotels, restaurants and entertainment will begin to develop at or near the track site.

Again, that is a big deal!  There are already folks talking about the negative aspects of having a Formula One race held in our backyard and many that are outright opposed to the tracks construction.  I for one hope that Austin and America embrace the opportunity we've been given and welcome the track, the racers and the rest of the world with open arms.

Please come to the race or at least find out a little more about the sport and it's characters.  I think you'll find it to be worth your time and effort.

Like I said, It ain't NASCAR but it is Awesome!

Thanks for checking in and have a great day,

I've been to one Formula 1 race and it was INCREDIBLE. Loud, but incredible. Really enjoyed it.

Like
Suzanne Strickler
Realty Mark Associates - Havertown, PA
School is never out for the Successful.

I hope it brings an economic shot in the arm to your area. Enjoy it all. 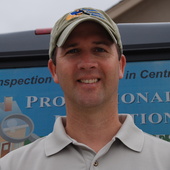