This past Saturday was my High School Reunion. We are the class of 1970 (you can figure the math!) I am so glad I attended. I have gone to all of the reunions they've had and have really been so glad.

Cardinal Mooney was a split co-ed school.  Physically, it was a "V" shaped school - a mirror image on each side. From the front, the east wing was the boys school and the west wing the girls. Heaven help the poor soul who wandered onto the wrong side! So, for the most part the girls and boys only knew each other if your friends were dating a boy/girl in your group, otherwise zip!

It so happens my hubby Peter was in the class of 1969, but I never knew him until we met in 1977. We also married that year after a whirlwind 4 month romance.  ;-)  In 1980 we attended my 10th year reunion. A couple of the girls came up to me and said, we can't believe you married Peter Penkin!!! I was like oh, why. They were like - oh he was sooo cute in high school, everyone thought so.  Hmmm, I didn't know that. And the years that people had children, divorced, passed away, very sad. It was really nice to reconnect again and Facebook has made it fun and easy.

So, sitting at dinner the group I was with were talking about how they were the kids that rode the "City Bus" and one of the guys mentioned, yeah, we were the city kids, ya know from Lyell and Glide, I grew up on Rockview Terrace. I said, really, I just sold a house this week at 123 Rockview Terrace.  His jaw just dropped, he said that was where I grew up - I thought he was kidding, he was serious.  When his Mom passed away, he sold it to the woman that was selling it now and my clients were the new buyers! Amazing! I told him how it was still really nice and the buyers were so excited.

Anyway, this photo is of the group of us that went to Our Lady of Mercy Elementary  school too! Since 1st grade together! If you have a reunion coming up, think about attending. I was glad I did. Angela, what a great post, and how awesome that this group of you are still getting together.  By the way, I am here because of the comment you just made on the post about Members Only posts.  Keep up the great work.  And yes, I see you got this in right "under the wire."  Cool.

Angela - I'm here for the same reason as Carolyn - this is a fun post.  I recently went to my 30th high school reunion.  A lot of grads in my class made it big in the computer world - their timing was amazing.  I'm not sure about your reunion, but I must say that at my reunion, the women seemed to age really well, but the guys, well, not so much...

How fun that you married a guy from high school - love the photo - looks like a great bunch of people.

I grew up as an air force brat so our family moved every two to three years.  I keep in touch with a few friends scattered all over the country that I went to school with at different stages of my life.

I live in California but was born in Texas.  I went to high school in Cajun country, Louisiana.  Last year would was my graduating class' 30 year reunion and a friend I keep in contact with sent me the link to the photos. It was funny to see people I had forgotten about but when I saw the names I remembered them.

As for my own family, we have lived in the same town for more than 20 years and my son was born and raised in one town.  I do wonder what that feels like for him to be able to drive by his old elemetarty school.  I'm so far removed from my childhood places that it makes me sad sometimes.

I grew up disconnected because I knew I would have to say goodbye and start over in a completely new environment.  It did take awhile after I became an adult to stop running and settle down.

I now know what it feels like to have relationships that have substance and history. I can go to places like dairy queen with my 20 year old son and sit in the same booth that we sat in when he was two years old.  That's so minor, but it means a lot to me.

The fact that you and your husband knew the same people growing up, the house your classmate grew up in, the community you are still in touch with.  It amazes me.  Awesome!

I loved your article.

Thank you so much for the comments Carolyn, Sally and Chrystina. I'm glad it hit a chord with you. I actually live about 6 miles away from the house my parents bought when I was 5. My brother and sisters and my parents all live in a radius of about 4 miles from my parents, who are 83 and 79. We are a very lucky family, my parents have 10 grandchildren, 5 girls, 5 boys. No great grandchildren yet. So far everyone still lives in Rochester, but we know the day will be coming that someome will move on.

This is where we all live in relation to my Mom and Dad who are "B".

I never really thought about the 'history' in that way until you mentioned it Chrystina, we just take these things for granted. And now that I think about it, we have all been going to many of the same places to eat, and picnic, etc. since 1957. Some of our favorite spots are Abbotts Frozen Custard by Lake Ontario at Charlotte Beach and Schaller's Hamburgers and Hots. Thank you so much for sharing, it helps me to focus on what is important and to be so grateful for what I have, 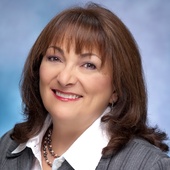