An interesting thing happened on the way to helping a client in a very high price range.

I recently showed a home to a client of mine.  Fairly quickly, we ruled it out for many reasons. The first impression was not good compared to others we had seen.

Note: this was one of those situations were my client wanted to see a home that was not on my list to show. It was OUTSIDE of my CLIENTS specific price requirements.  Nevertheless, I showed the home to her.

1. Priced $40 per square foot,  above the competition.

5. Too close to a major highway.

Several weeks later my client/buyer was driving through the neighborhoods I was showing her, and saw the same house open and decided to look again.  This time the owner was there and he carefully explained to my client WHY his house was the best house to buy.

Well, sure enough, my buyer believed the SELLLER's explanation and decided that...by gosh...the home was worth buying no matter what the price. So we made an offer at what a market analysis showed the house was worth. The offer was rejected, but negotiations continued.  Finally my buyer gave in, despite my counsel, and decided to buy the home at significantly above market value. We had negotiated $20,000 off of the seller's $150,000 premium price.

The negotiated sales price was now only $130,000 over priced.

I advised my buyer that the house may not appraise and that the lenders may be strict in the current economy. I remended her that a home she liked more early on inher search AND on the same street had closed for significantly less money.

Well, after everything was accepted in writing. This seller decides he wants a fresh contract and not the one with the price crossed out and initialled.   The seller then decides he wants to change some other terms.  What! Your kidding? Why? Stall tactic? Unneccessary delay?  This, after 5 days of constant negotiation!

Suddenly, the light went on in my buyer's head! My buyer agreed that this was just too much. That she had given in to every seller demand and that this home just was not a win for her!

The very next week we found a MUCH better home, in a much better area, with more rooms, better upgrades, and at a BELOW MARKET PRICE! My buyer had instant equity!

It was a super, fantastic home and a super fantastic win for my clients!  They are so thrilled and they cannot believe that they were almost duped by the seller into buying a vastly inferior home!

There was LOTS of drama, but in the end, my buyer got the right house at the right price!

Tags:
over priced homes dont pay too much
dont let the seller fool you

Hi Bob~  Sometimes we run across a client that just doesn't trust our advice.  I am glad it worked out for you and your client in the end!

Thank goodness she didn't go through with it.  The appraisal would most likely put a stop to it anyway!  Glad you found her an even better property.

Good for you Bob, and your client! It's warms my heart to see an agent genuinely put their client ahead of themselves.To me, that's what buyer brokerage is all about. 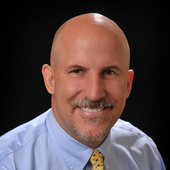