Microsoft has announced that as of next month they will no longer sell PC's running the Windows XP Operating System.  They've said this before but apparently really mean it this time.

Now I am writing this blog article on a computer running XP.  I like XP.  Last year I bought a new laptop that had Vista installed and pretty much gave it to my wife because I like XP.  This old computer, which I've had for almost eight years, runs great, does what I need it to do and fits me like a pair of comfortable, old, broken-in sneakers.  It has been almost completely problem free over the entire eight years.

The 80 GB hard drive, small by today's standards, is still showing 58% free space when I defrag.  I have everything important backed up using Carbonite and have a clone of my C drive in a separate external disk drive.

So obviously I'm in no hurry to replace this computer any time soon.  But when it happens that I do need a new computer do I move to Windows 7?  Maybe a Linux machine?  Should I consider an Apple even though it's OS is not supported by my MLS?

I like XP too. We have a computer with vista and rarely use it. Thanks for the info.

As with all things electronic - computers are "old" in about a year.  Since you don't need a new 'puter yet, I wouldn't make any decisions until the time comes that you must.  My dad, who is not computer literate at all, had a PC, but decided he would get a Mac and while he seems to like it - he has no idea how to use it.  He calls me for help - but I can't really help him since I don't work on a Mac (I don't like Mac).  I would stay with the OS you know.  If you know how to operate Windows - stay with a Windows OS.  You'll hear a lot of loyal Mac users tell you that Mac is easier and more user friendly.  I didn't find that to be so, but I've worked on PCs for over 20 years.  More programs and web-based systems are Windows based than Mac based.

I like Windows 7 - it operates very much like the old Windows XP.  I didn't care for Vista either.

Bruce, I too still use XP.  Not sure what I'm going to replace it with, but I do believe that the MAC OSX is now supported by regional MLS.

Hi Bruce, I use Windows 7 Professional on the primary and Windows XP on the back up.

It if works for you, keep it.  8 years old in computer years is like stone tablets and a chisel. I find the best time to buy a new computer is when I am not in a crisis and must have one.  I have had Vista on 2 computers and it has been fine. W7 is now on all the new PC's.  Good luck.

I have Vista on both my primary/backup.  When all my apps work with Windows 7, I'll probably upgrade to it. 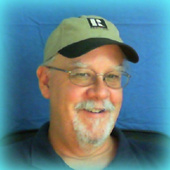