Mortgage lenders are starting to figure out that it is in their best interest to assist struggling homeowners with loan modifications. Many have developed their own plans outside the government’s attempt at a cure for the problem.

The Home Affordable Modification Program was touted as the solution to the problem, increasing the public’s view that “Uncle Sam” would do more than tax us to death. In reality though, while the program’s guidelines are not necessarily wrong, the banks simply choose not to use it.

MakingHomeAffordable.gov boasts that over a million borrowers have been helped, but less than 390,000 borrowers who took advantage of the program are still using it. Over 500,000 struggling home owners who qualified have walked away from the plan in favor of a more lucrative bank-sponsored plan, the rest have ended up losing their homes anyway.

Banks simply don’t want to use the government’s program, have been notorious at denying those who are 100% qualified for the program, and have often favored foreclosure over any realistic attempt at helping a homeowner who can’t get caught up with past-due payments.

But it seems they are beginning to realize that having millions of foreclosures in their files is not good for business. When too many mortgages are foreclosed, banks begin to see negative effects on their own credit quality.

While still resisting the Obama administration’s plan, and less inclined to assist high-risk customers, more and more banks are developing their own plans to assist struggling home owners who would have previously been considered low-risk borrowers.

For example, last quarter Wells Fargo was able to move $1.8 billion worth of distressed loans back to a “performing” status. This was done without the use of government programs. According to Hope Now, bank-sponsored modifications have helped 8.2 times as many home owners as has the Home Affordable Modification Program.

The only large lender to effectively and widely use the Home Affordable Modification Program is Citibank, in which the US Government holds ownership stake. However, “effective” and “wide” amounts to only approving about 30% of eligible home owners.

Banks, like most of us, simply prefer to claim responsibility for their own success and do not like to depend upon the government’s rules or help.

Banks see that assisting those home owners who were high risk to begin with is not wise, and these are the mortgages that are usually denied assistance.  But there is an increasing number of regular, low-risk mortgages that are in trouble. These are the people who, if given some time to get back on their feet, will likely catch up and eventually pay off their mortgages as planned.

Perhaps it is the reality of these mortgages that is causing banks to really wake up to what is happening. In response, Bank of America, Wells Fargo, JPMorgan Chase and Citigroup have together added nearly 30,000 new positions with the sole job of processing these loan modifications more effectively and quickly.
If you are in trouble with your mortgage, give the Curtis Johnson team a call. The Curtis Johnson Team is helping individuals who are facing foreclosure and those who are seeking their dream homes.

How are you doing today. I just want to introduce myself to you my name is John with ABC HOME INSPECTIONS. If I can assist you in any home inspections. Please call me.

Great post Curtis, & a good point about the banks not typically doing the loan modification for those who would be high risk.  But that doesn't mean they don't string those people on for months sometimes telling them they are in review until they foreclose.  I have seen this happen to people who I had told they would not be good candidates for a loan mod because they had no income to speak of.  Then the bank keeps them in limbo making them believe they may still qualify until they foreclosed.  They should have done a short sale, but because of what the bank told them they opted to sit there & hope until they got foreclosed on.  This is probably not the typical deal, but people do need to know that if they are out of work it can really hurt towards getting a loan mod through.

Good points Craig. The sad thing is from all my sources high up in the banks - the worst is yet to come and the rate of people being kicked out of mod's and refi's and just plain losing their homes is going to move much higher. No doubt this is a mess right now, and banks are not making viable solutions for the public to get out. 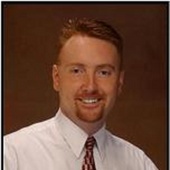