This weekend was the Dragon boat racing on the Waterfront. I couldn't make it out Saturday but I was there all day Sunday. There must of been 80 or so Dragon Boat teams racing this weekend. I came into the event from the East-side over the Hawthorne bridge and the view of the boats on the water was awesome. There were teams from Canada, Washington, Los Angeles and many Oregon teams. The weather was simply amazing and the fans were out in force. We set up a blanket and chairs on the grass and we had a perfect vantage point to watch the boats. It seemed that most of the races had four Dragon boats and they were all pretty close finishes. This is Wasabi Surge and Louise is in the white tennis hat. In between races we played Frisbee and danced to the great music they were playing. The race announcers were simply hilarious. I think everyone of us had a great time. This was my first Dragon Boat event and I am hooked. I may join a team this year so I can participate next year.

Team Wasbi, which is the club my friend Louise Criswell belongs to had several teams participating. Her team, The Surge took third in their race which was very close. We cheered them on all the way across the finish line. This is Louise at the awards ceremony with her medal. We are all very proud of her. 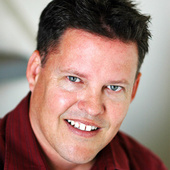