This is bad for everyone, but especially the elderly.

An elaborate business set up to fix and flip houses closed its doors. Now, that may happen here and there and all the time. But, the saddest thing about the whole story is that the investors were elderly citizens.

So, when the public bankruptcy hearing was held, many people showed up with nervous stomachs. Don't blame them...

The people who loaned money to the Plein were often elderly. One 85 year old woman loaned him about $450,000 over the past 15 years, and now says she has nothing.

The business ran for about 22 years, but the bottom dropped out somewhere about 3 years ago.

The deal went this way: the agent looked to find home that were undervalued, found individuals who would lend the money to buy the house. Then, fix and flip within 3 months. Sounds fine, right? When they did not sell, the properties were leased.

The the housing market dropped in Arizona and the rest of the story is sad and common. Instead of communicating his situation to the people who lent him money, he just shut the doors and taped a piece of paper to the front door.

Plein said he kept the whole thing going by exhausting his $4 million in savings, cashing in his 401k and life insurance policies.

Bryan Watkins sells real estate in Mesa, Chandler, Gilbert and neighbor cities. SEARCH for your next home on our rich MLS at www.LRARealEstate.com today. Some info courtesy of AzCentral.

A sad outcome for all of America and I know you guys in Arizona have really felt the drop what with the inflated highs. I will sure be glad to see the light at the end.

Just one of the many stories in this country of ours. Hopefully a turn around is in the future.

This is a bad thing . . . and those people (seniors) aren't quite up to what might be happening in real estate locally.  Just a shame, really.

I think the nice thing about this is he used his life insurance money to help keep afloat. Life insurance is shielded from lawsuits so he could have kept those premiums without giving them up! I have to look at the positive. Bryan, if you have clients about to short sale, you should recommend they get a life policy to dump some money into to protect it. 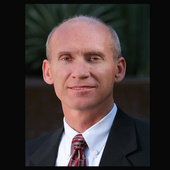