I just finished a conversation with a client.  Heis setting an appointment with an attorney to file for bankruptcy.

We've had his home on the market for a year.  A few weeks ago, we negotiated a sale contract .. he was to bring a couple of thousand to closing, but at last the burden of this mortgage was off his shoulders.   HOWEVER, the closing agency found a large lien against the property.  Turns out that the seller had co-signed a car loan for his daughter -- and she hadn't paid the note for over a year.

Apparently it was a judgment passed through the courts so the lien is on all he owns.  So, he's tried to get a payment plan worked out if they would lift the lein on this property --- he needs to sell it so he has the money to pay them back.  They (the attorney for the bank) says NO - you weren't cooperative earlier so we won't be now.  So, in desperation he is seeking bankruptcy.

Of course, the deal is dead - buyers don't want to wait around to see what happens -- can you blame them?

Ironically, if he does file bankruptcy, in this market his property will sell for just about the amount of the first mortgage -- and the lein holder will get NOTHING.

What a lose-lose situation.  Unfortunately the closing agency is telling me scenarios like this are more and more common.  Is it the economy or unfortunate choices made by all concerned?

We are being faced with making bad decisions because they have become the only option. I hope people and businesses get a little more realistic in the future.

Seems that a credible threat of filing bankruptcy should be a good enough reason for the lienholder to compromise. 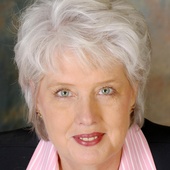