Ransom as in "ransomware" - a malevolent spyware that imitates antivirus software warnings and demands payment.  And if you are unfortunate enough to click to pay for the upgrade - they now have your billing information as well.

I was checking out real estate listing sites the other night when it happened...a dreaded popup that tells you your computer has a virus and the software is running a scan.  Huh? What? Where did that come from?                       I don't have virus software running in the background, I initiate my own scans periodically.

Seems I picked up a rather nasty case of SECURITY SUITE.  Everything I did, the popup appeared.  I'd close it, click on something and there it was again.  Now what do I do???  Besides swear at the computer that is.

First thing, swear at the computer.  It really does help releave your frustrations which are about to mount considerably.  Close all open applications and reboot your computer in Safe Mode.  If you don't know how to start in Safe Mode, keep tapping the F8 key as the computer starts before the Windows logo appears.  Safe Mode only loads limited software and drivers, allowing you to (hopefully) fix the problem.

At the recommendation of a computer guru friend, I ran the following fix it softwares:  malwarebytes, ComboFix and SuperAntiSpyware.  He suggested if possible to download the programs from another computer to either disk or jump drive.  I used my husband's computer to download to a jump drive.  Each software found "stuff" to remove and I did what it told me to do (like I knew otherwise!).

I'm happy to report, after spending a day running the scans and corrections - my computer appears to be working without demanding payment with every click of the mouse.  Have I cured it or is it in remission...I don't know.  But for now I'm happy.  And if I ever get my hands on the person that writes malware - it won't be pretty.  Don't mess with my computer!

Bea, I've had this problem too, but I don't get it b/c I have updated anti-virus software that runs all the time 24/7.  What I found worked was to recovery to an earlier date such as one or two weeks earlier.  This seemed to help.  Thanks for the tips, though, didn't know about the f8 button.

I am sorry for the problem but look at comment #2 it is a spamer.

Sep 14, 2010 07:19 PM
LIKE
#2
You must sign in or register to leave a comment
Login Register
Show All Comments
Older Post Newer Post
Back to Top
Generate More Leads from this Listing
With a Trulia Pro Account
Learn More
Find what you need?
See More Blog PostsAbout Real Estate! SEE MORE NOW!
Rainer
53,785 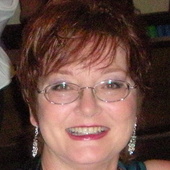